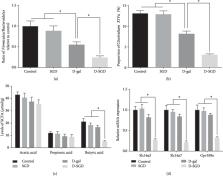 Ranjit Sahu,  C. Clement,  Laura Santambrogio … (2011)
Immunosenescence is characterized by a decreased ability of the immune system to respond to foreign antigens, as well as a decreased ability to maintain tolerance to self-antigens. This results in an increased susceptibility to infection and cancer and reduced responses to vaccination [1-5]. The mechanisms underlying immunosenescence comprise a series of cellular and molecular events involving alteration of several biochemical pathways and different cellular populations, and for the most part our understanding of these molecular mechanisms is still fragmentary. In this review we will focus on the process of senescence associated with oxidative stress, in particular how protein oxidation alters the functionality of immune cells and how oxidative stress contributes to a chronic inflammatory process often referred as inflamm-aging. Copyright © 2011 Elsevier B.V. All rights reserved.

Piotr Wardas,  Maria Wardas,  Elzbieta Niedworok … (2003)
Free radicals generate the lipid peroxidation process in an organism. Malondialdehyde (MDA) is one of the final products of polyunsaturated fatty acids peroxidation in the cells. An increase in free radicals causes overproduction of MDA. Malondialdehyde level is commonly known as a marker of oxidative stress and the antioxidant status in cancerous patients.