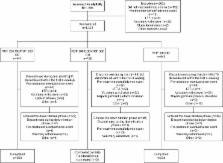 In this multicenter, double-blind trial, 1,321 patients with severe COPD were randomized 1:1:1 to 4 weeks’ treatment with ROF 250 µg once daily (OD), 500 µg every other day (EOD), or 500 µg OD, each followed by ROF 500 µg OD for 8 weeks, plus standard therapy. The primary end point was the percentage of patients prematurely discontinuing study treatment.

A dose of ROF 250 µg OD for 4 weeks before escalation to the approved maintenance dose of 500 µg OD resulted in reduced treatment discontinuation and improved tolerability.

Suzanne S. Jackson,  Arduino A. Mangoni (2003)
Advancing age is characterized by impairment in the function of the many regulatory processes that provide functional integration between cells and organs. Therefore, there may be a failure to maintain homeostasis under conditions of physiological stress. The reduced homeostatic ability affects different regulatory systems in different subjects, thus explaining at least partly the increased interindividual variability occurring as people get older. Important pharmacokinetic and pharmacodynamic changes occur with advancing age. Pharmacokinetic changes include a reduction in renal and hepatic clearance and an increase in volume of distribution of lipid soluble drugs (hence prolongation of elimination half-life) whereas pharmacodynamic changes involve altered (usually increased) sensitivity to several classes of drugs such as anticoagulants, cardiovascular and psychotropic drugs. This review focuses on the main age-related physiological changes affecting different organ systems and their implications for pharmacokinetics and pharmacodynamics of drugs.

D. Spina (2008)
Phosphodiesterase4 inhibitors are currently under development for the treatment of respiratory diseases including asthma and chronic obstructive pulmonary disease. The rationale for the development of this drug class stems from our understanding of the role of PDE4 in suppressing the function of a range of inflammatory and resident cells thought to contribute toward the pathogenesis of these diseases. Similarly, numerous preclinical in vivo studies have shown that PDE4 inhibitors suppress characteristic features of these diseases, namely, cell recruitment, activation of inflammatory cells and physiological changes in lung function in response to a range of insults to the airways. These potentially beneficial actions of PDE4 inhibitors have been successfully translated in phase II and III clinical trials with roflumilast and cilomilast. However, dose limiting side effects of nausea, diarrhoea and headache have tempered the enthusiasm of this drug class for the treatment of these respiratory diseases. A number of strategies are currently being pursued in attempts to improve clinical efficacy and reduce side effects, including delivery via the inhaled route, and/or development of non-emetic PDE4 inhibitors and mixed PDE inhibitors.

Anti-inflammatory and immunomodulatory potential of the novel PDE4 inhibitor roflumilast in vitro.

A Hatzelmann,  C Schudt (2001)
From a series of benzamide derivatives, roflumilast (3-cyclo-propylmethoxy-4-difluoromethoxy-N-[3,5-di-chloropyrid-4-yl]-benzamide) was identified as a potent and selective PDE4 inhibitor. It inhibits PDE4 activity from human neutrophils with an IC(50) of 0.8 nM without affecting PDE1 (bovine brain), PDE2 (rat heart), and PDE3 and PDE5 (human platelets) even at 10,000-fold higher concentrations. Roflumilast is almost equipotent to its major metabolite formed in vivo (roflumilast N-oxide) and piclamilast (RP 73401), however, more than 100-fold more potent than rolipram and Ariflo (cilomilast; SB 207499). The anti-inflammatory and immunomodulatory potential of roflumilast and the reference compounds was investigated in various human leukocytes using cell-specific responses: neutrophils [N-formyl-methyl-leucyl-phenylalanine (fMLP)-induced formation of LTB(4) and reactive oxygen species (ROS)], eosinophils (fMLP- and C5a-induced ROS formation), monocytes, monocyte-derived macrophages, and dendritic cells (lipopolysaccharide-induced tumor necrosis factor-alpha synthesis), and CD4+ T cells (anti-CD3/anti-CD28 monoclonal antibody-stimulated proliferation, IL-2, IL-4, IL-5, and interferon-gamma release). Independent of the cell type and the response investigated, the corresponding IC values (for half-maximum inhibition) of roflumilast were within a narrow range (2-21 nM), very similar to roflumilast N-oxide (3-40 nM) and piclamilast (2-13 nM). In contrast, cilomilast (40-3000 nM) and rolipram (10-600 nM) showed greater differences with the highest potency for neutrophils. Compared with neutrophils and eosinophils, representing the terminal inflammatory effector cells, the relative potency of roflumilast and its N-oxide for monocytes, CD4+ T cells, and dendritic cells is substantially higher compared with cilomilast and rolipram, probably reflecting an improved immunomodulatory potential. The efficacy of roflumilast in vitro and in vivo (see accompanying article in this issue) suggests that roflumilast will be useful in the treatment of chronic inflammatory disorders such as asthma and chronic obstructive pulmonary disease.