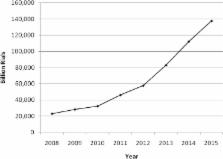 The Journal of Prediction Markets

Evaluation of availability, accessibility and prescribing pattern of medicines in the Islamic Republic of Iran.

Y Behmanesh,  R Tirdad,  F Habibipour … (2004)
Prescribing, dispensing, availability and affordability of drugs were evaluated in 100 primary health care centres in 5 provinces of the Islamic Republic of Iran using WHO indicators. On average, 92% of the 12 essential drugs monitored were available in the health centre pharmacies and 95% of the drugs prescribed by the physician were dispensed by the health centre pharmacy. The stock-out duration was less than 1 month on average. A complete treatment for pneumonia cost only 2% of the lowest weekly government salary. The national average number of drugs per prescription was 3.4. Prescription of antibiotics and injectable drugs was very high (58% and 41% respectively). Although availability and affordability of essential drugs is good in this country, rational use of drugs needs to be emphasized.

Abdol Cheraghali (2013)
Iran in recent decade faced several regional and international sanctions in foreign trade, financial and banking services. Iran national pharmaceutical industry has always played a major role in providing medicines to the Iranian patients. However, following the sanctions it has faced profound difficulties for importing of both finished products and pharmaceutical raw materials. Although medicines are exempted from sanctions, due to restriction on money transaction and proper insurance Iranian pharmaceutical companies have to pay cash in advance for imports of medicines and raw materials or to secure offshore funds at very high risks. Current situation in Iran pharmaceutical market confirms that the sanctions against Iran are affecting ordinary citizens and national health sector which resulted to reduction of availability of lifesaving medicines in the local market and has caused increasing pain and suffering for Iranian patients.

Pharmaceutical laws and regulations in Iran: An overview