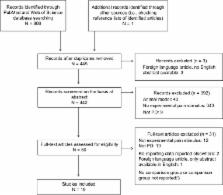 Primary dysmenorrhea (PD) has been the focus of a number of experimental pain studies. Although a number of reviews exist, few have critically evaluated the existing body of research on PD and experimental and procedural pain. Data from 19 published research articles that include women with PD and responses to an experimental or procedural pain stimulus (or stimuli) suggest that women with PD may have elevated pain reactivity, as compared to women without PD. This pattern appears to be true across different phases of the menstrual cycle. However, there is an abundance of conflicting findings, which may be due to significant methodological issues such as inconsistent definitions of PD, wide variation in experimental pain methodologies, and inaccurate assessment of the menstrual cycle. Future research should focus on identifying specific symptoms (i.e., pain threshold ratings) to more clearly define what constitutes PD, establish reliable and valid laboratory testing protocols, and assess the menstrual cycle with greater precision.

Central pain mechanisms in chronic pain states--maybe it is all in their head.

Benjamin P. Johnston,  J Straton,  T Hillen … (1999)
To explore the prevalence of dysmenorrhea among senior high school girls in Perth, Western Australia, its impact on school, sporting, and social activities, students' management strategies, and their knowledge of available treatment. A total of 388 female students in Grades 11 and 12 at three metropolitan secondary schools completed an anonymous questionnaire administered during class time. The following definition of dysmenorrhoea was used: any type of pain or discomfort associated with menstrual periods including cramps, nausea, and headaches. The reported prevalence of dysmenorrhea among these girls was 80%; 53% of those girls with dysmenorrhea reported that it limited their activities. In particular, 37% said that dysmenorrhea affected their school activities. The most common medication used by those reporting dysmenorrhea was simple analgesics (53%), followed by nonsteroidal anti-inflammatory drugs (NSAIDs), used by 42%. More than a quarter of respondents (27%) were unaware that NSAIDs were a possible treatment option for dysmenorrhea. The prevalence and impact of dysmenorrhea on Grade 11 and 12 girls is high, and they lack knowledge of and experience with effective treatment. Health education measures are needed in this area to prevent unnecessary suffering and interruption to school routine.

Dysmenorrhoea is associated with central changes in otherwise healthy women.