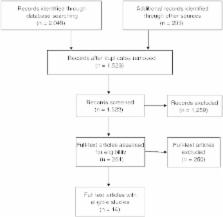 Between 1980 and 2010 there were 1 million homicides in Brazil. Dramatic increases in homicide rates followed rises in inequality, more young men in the population, greater availability of firearms, and increased drug use. Nevertheless, disarmament legislation may have helped reduce homicide rates in recent years. Despite its very high rate of lethal violence, Brazil appears to have similar levels of general criminal victimization as several other Latin American and North American countries. Brazil has lower rates of drug use compared to other countries such as the United States, but the prevalence of youth drug use in Brazil has increased substantially in recent years. Since 1990, the growth of the Brazilian prison population has been enormous, resulting in the fourth largest prison population in the world. Through a systematic review of the literature, we identified 10 studies assessing the prevalence of self-reported offending in Brazil and 9 studies examining risk factors. Levels of self-reported offending seem quite high among school students in Brazil. Individual and family-level risk factors identified in Brazil are very similar to those found in high-income countries.

Laura Andrade,  Yuan-Pang Wang,  Solange Andreoni … (2012)
Background World population growth is projected to be concentrated in megacities, with increases in social inequality and urbanization-associated stress. São Paulo Metropolitan Area (SPMA) provides a forewarning of the burden of mental disorders in urban settings in developing world. The aim of this study is to estimate prevalence, severity, and treatment of recently active DSM-IV mental disorders. We examined socio-demographic correlates, aspects of urban living such as internal migration, exposure to violence, and neighborhood-level social deprivation with 12-month mental disorders. Methods and Results A representative cross-sectional household sample of 5,037 adults was interviewed face-to-face using the WHO Composite International Diagnostic Interview (CIDI), to generate diagnoses of DSM-IV mental disorders within 12 months of interview, disorder severity, and treatment. Administrative data on neighborhood social deprivation were gathered. Multiple logistic regression was used to evaluate individual and contextual correlates of disorders, severity, and treatment. Around thirty percent of respondents reported a 12-month disorder, with an even distribution across severity levels. Anxiety disorders were the most common disorders (affecting 19.9%), followed by mood (11%), impulse-control (4.3%), and substance use (3.6%) disorders. Exposure to crime was associated with all four types of disorder. Migrants had low prevalence of all four types compared to stable residents. High urbanicity was associated with impulse-control disorders and high social deprivation with substance use disorders. Vulnerable subgroups were observed: women and migrant men living in most deprived areas. Only one-third of serious cases had received treatment in the previous year. Discussion Adults living in São Paulo megacity had prevalence of mental disorders at greater levels than similar surveys conducted in other areas of the world. Integration of mental health promotion and care into the rapidly expanding Brazilian primary health system should be strengthened. This strategy might become a model for poorly resourced and highly populated developing countries.

Malnutrition at age 3 years and externalizing behavior problems at ages 8, 11, and 17 years.