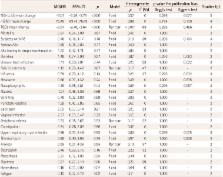 Tafamidis functions to delay the loss of function in transthyretin familial amyloid polyneuropathy (TTR-FAP), which is a rare inherited amyloidosis with progressive sensorimotor and autonomic polyneuropathy. This systematic literature review and meta-analysis evaluated the efficacy and safety of tafamidis in TTR-FAP patients, with the aim of improving the evidence-based medical evidence of this treatment option for TTP-FAP.

A systematic search of the English-language literature in five databases was performed through to May 31, 2018 by two reviewers who independently extracted data and assessed the risk of bias. We extracted efficacy and safety outcomes and performed a meta-analysis. Statistical tests were performed to check for heterogeneity and publication bias.

This systematic review and meta-analysis has demonstrated that tafamidis delays neurologic progression and preserves a better nutritional status and the quality of life. The rates of adverse events did not differ between the patients in the tafamidis and placebo groups. Tafamidis might be a safer noninvasive option for patients with TTR-FAP.

Maria A Dendle,  Conor W. Kelly,  Yoshiki Sekijima (2006)
Rate-limiting transthyretin (TTR) tetramer dissociation and monomer misfolding enable misassembly into numerous aggregate morphologies including amyloid, a process genetically linked to and thought to cause amyloid pathology. T119M TTR trans-suppressor subunit inclusion into tetramers otherwise composed of disease-associated subunits ameliorates human amyloidosis by increasing the tetramer dissociation barrier. Diflunisal binding to the 99% unoccupied L-thyroxine binding sites in TTR also increases the tetramer dissociation barrier; hence, we investigated the feasibility of using diflunisal for the treatment of human TTR amyloidosis using healthy volunteers. Diflunisal (125, 250 or 500 mg bid) was orally administered to groups of 10 subjects for 7 days to evaluate serum diflunisal concentration, diflunisal binding stoichiometry to TTR, and the extent of diflunisal imposed TTR kinetic stabilization against urea- and acid-mediated TTR denaturation in human serum. The rates of urea-mediated tetramer dissociation and acid-mediated aggregation as a function of diflunisal concentration were also evaluated in vitro, utilizing physiologically relevant concentrations identified by the above experiments. In the 250 mg bid group, 12 h after the 13th oral dose, the diflunisal serum concentration of 146 +/- 39 microM was sufficient to afford a TTR binding stoichiometry exceeding 0.95 +/- 0.13 ( approximately 1.75 corrected). Diflunisal binding to TTR at this dose slowed urea-mediated dissociation and acid-mediated TTR aggregation at least, threefold (p < 0.05) in serum and in vitro, consistent with kinetic stabilization of TTR. Diflunisal-mediated kinetic stabilization of TTR should ameliorate TTR amyloidoses, provided that the nonsteroidal anti-inflammatory drug liabilities can be managed clinically.

The development and validation of the Norfolk QOL-DN, a new measure of patients' perception of the effects of diabetes and diabetic neuropathy.

Alan Oglesby,  Robert P. Hayes,  Aaron Vinik … (2005)
This study was designed to develop and validate a patient-reported outcomes measure, sensitive to the different features of diabetic neuropathy (DN)-small fiber, large fiber, and autonomic nerve function. The review of 1,000 structured patient interviews guided the development of 28 items pertaining specifically to the symptoms and impact of large fiber, small fiber, and autonomic nerve function. These items, in addition to 14 generic health status items and five general information items formed the 47-item Norfolk Quality of Life Questionnaire-Diabetic Neuropathy (QOL-DN). Items were grouped according to small fiber, large fiber, and autonomic nerve function, symptoms, and activities of daily living (ADL). Scores in individual domains were aggregated to provide a total score. Item groupings were tested for their ability to distinguish between the effects of specific nerve fiber deficits in 262 subjects-81 healthy controls (C), 86 controls with diabetes (DC), and 95 patients with DN-using one-way analysis of variance (ANOVA). Internal consistency was estimated using Cronbach's alpha coefficient. Test-retest reliability over a 4-6-week period was estimated by intra-class correlation coefficients and ANOVA on data of a subset of patients and controls. Differences between DN subjects and both DC and C subjects were significant (P 0.9 for most domains. Internal consistency of the fiberspecific domains using Cronbach's alpha was > 0.6 and up to 0.8. The fiber-specific domains of the QOL-DN demonstrated acceptable reliability and ability to discriminate between subjects with and without neuropathy. Not surprisingly, the DN group scored significantly (P < 0.05) higher than either of the two control groups (i.e., greater impairment). The positive scores for the DC group in the ADL and autonomic domains suggest that diabetes per se impacts these aspects of QOL.