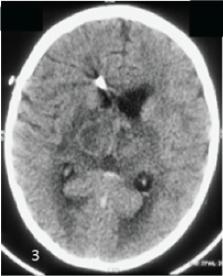 Recombinant tissue plasminogen activator can be considered one of the treatment options in cerebral venous thrombosis in homocystinura.

Management of stroke in infants and children: a scientific statement from a Special Writing Group of the American Heart Association Stroke Council and the Council on Cardiovascular Disease in the Young.

R Golomb,  Amy Jones,  F Kirkham … (2008)
The purpose of this statement is to review the literature on childhood stroke and to provide recommendations for optimal diagnosis and treatment. This statement is intended for physicians who are responsible for diagnosing and treating infants, children, and adolescents with cerebrovascular disease. The Writing Group members were appointed by the American Heart Association Stroke Council's Scientific Statement Oversight Committee. The panel included members with several different areas of expertise. Each of the panel's recommendations was weighted by applying the American Heart Association Stroke Council's Levels of Evidence grading algorithm. After being reviewed by panel members, the manuscript was reviewed by 4 expert peer reviewers and by members of the Stroke Council Leadership Committee and was approved by the American Heart Association Science Advisory and Coordinating Committee. We anticipate that this statement will need to be updated in 4 years. Evidence-based recommendations are provided for the prevention of ischemic stroke caused by sickle cell disease, moyamoya disease, cervicocephalic arterial dissection, and cardiogenic embolism. Recommendations on the evaluation and management of hemorrhagic stroke also are provided. Protocols for dosing of heparin and warfarin in children are suggested. Also included are recommendations on the evaluation and management of perinatal stroke and cerebral sinovenous thrombosis in children.

Thrombolysis for ischemic stroke in children: data from the nationwide inpatient sample.

N Janjua,  Adnan Qureshi,  J. Lynch … (2007)
Few pediatric reports of thrombolysis exist. We sought to determine national rates of thrombolysis among pediatric ischemic stroke patients using a national database. Patients between the ages of 1 and 17 years, entered in the Nationwide Inpatient Sample between 2000 and 2003, with International Classification of Diseases codes for ischemic stroke were included in the study. Differences in mean age, gender distribution, ethnicity, secondary diagnoses, medical complications, associated procedure rates, modes of discharge, and hospital costs between pediatric stroke patients receiving and not receiving thrombolysis were estimated. In the United States, between 2000 and 2003 an estimated 2904 children were admitted with ischemic stroke, of which 46 children (1.6%) received thrombolytic therapy. Children who received thrombolysis were on the average older (11 versus 9 years), more likely to be male (100% versus 53.8%), with significantly higher hospital costs ($81,800 versus $38,700). These children were also less likely to be discharged home with higher rates of death and dependency, although differences in clinical severity between the 2 groups was not known. Thrombolysis, though not indicated for patients <18 years of age, is currently being administered to children, with unclear benefit. Larger studies are needed to evaluate the safety and efficacy of this treatment for children.