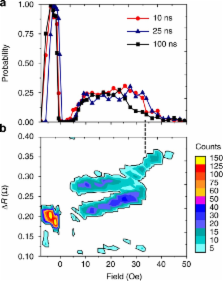 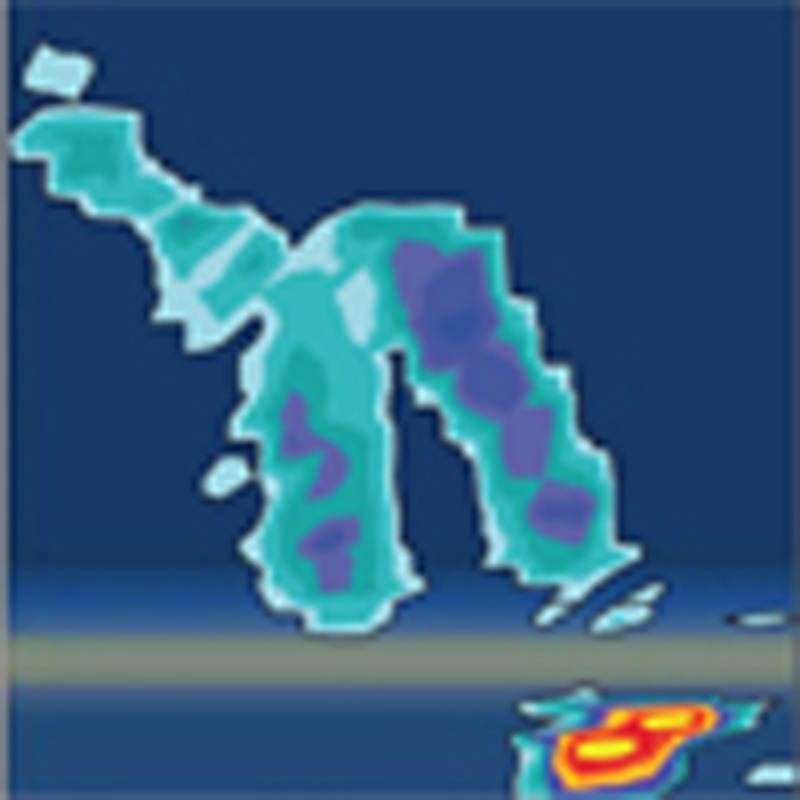 The propagation of magnetic domain walls in nanowires offers promise as the basis of future memory storage technologies. Muñoz and Prieto show that the random pinning of domain walls to structural defects in the nanowires can be suppressed at low fields, thus improving the reliability of the transmission of the domain walls substantially.

Stuart S P Parkin,  Luc Thomas,  Masamitsu Hayashi … (2008)
Recent developments in the controlled movement of domain walls in magnetic nanowires by short pulses of spin-polarized current give promise of a nonvolatile memory device with the high performance and reliability of conventional solid-state memory but at the low cost of conventional magnetic disk drive storage. The racetrack memory described in this review comprises an array of magnetic nanowires arranged horizontally or vertically on a silicon chip. Individual spintronic reading and writing nanodevices are used to modify or read a train of approximately 10 to 100 domain walls, which store a series of data bits in each nanowire. This racetrack memory is an example of the move toward innately three-dimensional microelectronic devices.

G Xiong,  D Allwood,  Russell Cowburn … (2005)
"Spintronics," in which both the spin and charge of electrons are used for logic and memory operations, promises an alternate route to traditional semiconductor electronics. A complete logic architecture can be constructed, which uses planar magnetic wires that are less than a micrometer in width. Logical NOT, logical AND, signal fan-out, and signal cross-over elements each have a simple geometric design, and they can be integrated together into one circuit. An additional element for data input allows information to be written to domain-wall logic circuits.

Y Nakatani,  Jacques Miltat,  A Thiaville (2003)
In some magnetic devices that have been proposed, the information is transmitted along a magnetic wire of submicrometre width by domain wall (DW) motion. The speed of the device is obviously linked to the DW velocity, and measured values up to 1 km x s(-1) have been reported in moderate fields. Although such velocities were already reached in orthoferrite crystal films with a high anisotropy, the surprise came from their observation in the low-anisotropy permalloy. We have studied, by numerical simulation, the DW propagation in such samples, and observed a very counter-intuitive behaviour. For perfect samples (no edge roughness), the calculated velocity increased with field up to a threshold, beyond which it abruptly decreased--a well-known phenomenon. However, for rough strip edges, the velocity breakdown was found to be suppressed. We explain this phenomenon, and propose that roughness should rather be engineered than avoided when fabricating nanostructures for DW propagation.