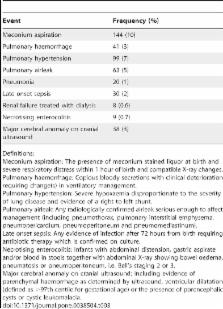 Delay in implementing new treatments into clinical practice results in considerable health and economic opportunity costs. Data from the UK TOBY Cooling Register provides the opportunity to examine how one new effective therapy for newborn infants suspected of suffering asphyxial encephalopathy – therapeutic hypothermia- was implemented in the UK.

We analysed returned data forms from inception of the Register in December 2006 to the end of July 2011. Data forms were received for 1384 (67%) of the 2069 infants registered. The monthly rate of notifications increased from median {IQR} 18 {15–31} to 33 {30–39} after the announcement of the results of the recent TOBY trial, and to 50 {36–55} after their publication. This rate further increased to 70 {64–83} following official endorsement of the therapy, and is now close to the expected numbers of eligible infants. Cooling was started at 3.3 {1.5–5.5} hours after birth and the time taken to achieve the target 33–34°C rectal temperature was 1 {0–3} hours. The rectal temperature was in the target range in 83% of measurements. From 2006 to 2011 there was evidence of extension of treatment to slightly less severely affected infants. 278 of 1362 (20%) infants died at 2.9 {1.4–4.1} days of age. The rates of death fell slightly over the period of the Register and, at two years of age cerebral palsy was diagnosed in 22% of infants; half of these were spastic bilateral. Factors independently associated with adverse outcome were clinical seizures prior to cooling (p<0.001) and severely abnormal amplitude integrated EEG (p<0.001).

Therapeutic hypothermia was implemented appropriately within the UK, with significant benefit to patients and the health economy. This may be due in part to participation by neonatal units in clinical trials, the establishment of the national Register, and its endorsement by advisory bodies.

Marianne Thoresen,  ,  Christine A. Edwards … (2009)
Whether hypothermic therapy improves neurodevelopmental outcomes in newborn infants with asphyxial encephalopathy is uncertain. We performed a randomized trial of infants who were less than 6 hours of age and had a gestational age of at least 36 weeks and perinatal asphyxial encephalopathy. We compared intensive care plus cooling of the body to 33.5 degrees C for 72 hours and intensive care alone. The primary outcome was death or severe disability at 18 months of age. Prespecified secondary outcomes included 12 neurologic outcomes and 14 other adverse outcomes. Of 325 infants enrolled, 163 underwent intensive care with cooling, and 162 underwent intensive care alone. In the cooled group, 42 infants died and 32 survived but had severe neurodevelopmental disability, whereas in the noncooled group, 44 infants died and 42 had severe disability (relative risk for either outcome, 0.86; 95% confidence interval [CI], 0.68 to 1.07; P=0.17). Infants in the cooled group had an increased rate of survival without neurologic abnormality (relative risk, 1.57; 95% CI, 1.16 to 2.12; P=0.003). Among survivors, cooling resulted in reduced risks of cerebral palsy (relative risk, 0.67; 95% CI, 0.47 to 0.96; P=0.03) and improved scores on the Mental Developmental Index and Psychomotor Developmental Index of the Bayley Scales of Infant Development II (P=0.03 for each) and the Gross Motor Function Classification System (P=0.01). Improvements in other neurologic outcomes in the cooled group were not significant. Adverse events were mostly minor and not associated with cooling. Induction of moderate hypothermia for 72 hours in infants who had perinatal asphyxia did not significantly reduce the combined rate of death or severe disability but resulted in improved neurologic outcomes in survivors. (Current Controlled Trials number, ISRCTN89547571.) 2009 Massachusetts Medical Society

Peter D. Gluckman,  John Wyatt,  Denis Azzopardi … (2015)
Cerebral hypothermia can improve outcome of experimental perinatal hypoxia-ischaemia. We did a multicentre randomised controlled trial to find out if delayed head cooling can improve neurodevelopmental outcome in babies with neonatal encephalopathy. 234 term infants with moderate to severe neonatal encephalopathy and abnormal amplitude integrated electroencephalography (aEEG) were randomly assigned to either head cooling for 72 h, within 6 h of birth, with rectal temperature maintained at 34-35 degrees C (n=116), or conventional care (n=118). Primary outcome was death or severe disability at 18 months. Analysis was by intention to treat. We examined in two predefined subgroup analyses the effect of hypothermia in babies with the most severe aEEG changes before randomisation--ie, severe loss of background amplitude, and seizures--and those with less severe changes. In 16 babies, follow-up data were not available. Thus in 218 infants (93%), 73/110 (66%) allocated conventional care and 59/108 (55%) assigned head cooling died or had severe disability at 18 months (odds ratio 0.61; 95% CI 0.34-1.09, p=0.1). After adjustment for the severity of aEEG changes with a logistic regression model, the odds ratio for hypothermia treatment was 0.57 (0.32-1.01, p=0.05). No difference was noted in the frequency of clinically important complications. Predefined subgroup analysis suggested that head cooling had no effect in infants with the most severe aEEG changes (n=46, 1.8; 0.49-6.4, p=0.51), but was beneficial in infants with less severe aEEG changes (n=172, 0.42; 0.22-0.80, p=0.009). These data suggest that although induced head cooling is not protective in a mixed population of infants with neonatal encephalopathy, it could safely improve survival without severe neurodevelopmental disability in infants with less severe aEEG changes.

Publisher ID: PONE-D-12-05826
DOI: 10.1371/journal.pone.0038504
PMC ID: 3374836
PubMed ID: 22719897
Copyright statement: Azzopardi et al. This is an open-access article distributed under the terms of the Creative Commons Attribution License, which permits unrestricted use, distribution, and reproduction in any medium, provided the original author and source are credited.