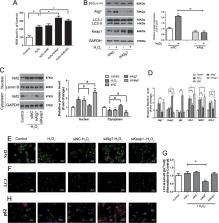 M. Zanetti,  A Metzdorf,  Christian Pfirrmann … (2001)
A reliability study was conducted. To develop a classification system for lumbar disc degeneration based on routine magnetic resonance imaging, to investigate the applicability of a simple algorithm, and to assess the reliability of this classification system. A standardized nomenclature in the assessment of disc abnormalities is a prerequisite for a comparison of data from different investigations. The reliability of the assessment has a crucial influence on the validity of the data. Grading systems of disc degeneration based on state of the art magnetic resonance imaging and corresponding reproducibility studies currently are sparse. A grading system for lumbar disc degeneration was developed on the basis of the literature. An algorithm to assess the grading was developed and optimized by reviewing lumbar magnetic resonance examinations. The reliability of the algorithm in depicting intervertebral disc alterations was tested on the magnetic resonance images of 300 lumbar intervertebral discs in 60 patients (33 men and 27 women) with a mean age of 40 years (range, 10-83 years). All scans were analyzed independently by three observers. Intra- and interobserver reliabilities were assessed by calculating kappa statistics. There were 14 Grade I, 82 Grade II, 72 Grade III, 68 Grade IV, and 64 Grade V discs. The kappa coefficients for intra- and interobserver agreement were substantial to excellent: intraobserver (kappa range, 0.84-0.90) and interobserver (kappa range, 0.69-0.81). Complete agreement was obtained, on the average, in 83.8% of all the discs. A difference of one grade occurred in 15.9% and a difference of two or more grades in 1.3% of all the cases. Disc degeneration can be graded reliably on routine T2-weighted magnetic resonance images using the grading system and algorithm presented in this investigation.

Role of nrf2 in oxidative stress and toxicity.

Jian-Qiang Ma (2012)
Organismal life encounters reactive oxidants from internal metabolism and environmental toxicant exposure. Reactive oxygen and nitrogen species cause oxidative stress and are traditionally viewed as being harmful. On the other hand, controlled production of oxidants in normal cells serves useful purposes to regulate signaling pathways. Reactive oxidants are counterbalanced by complex antioxidant defense systems regulated by a web of pathways to ensure that the response to oxidants is adequate for the body's needs. A recurrent theme in oxidant signaling and antioxidant defense is reactive cysteine thiol-based redox signaling. The nuclear factor erythroid 2-related factor 2 (Nrf2) is an emerging regulator of cellular resistance to oxidants. Nrf2 controls the basal and induced expression of an array of antioxidant response element-dependent genes to regulate the physiological and pathophysiological outcomes of oxidant exposure. This review discusses the impact of Nrf2 on oxidative stress and toxicity and how Nrf2 senses oxidants and regulates antioxidant defense.