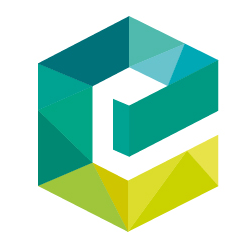 Autism spectrum disorder (ASD) brings out the limitations of the Criminal Justice Service. The purpose of this paper is to review some of the salient issues and their remedies.

A narrative review based on the literature and the clinical experience of the authors.

ASD’s hidden disabilities, even without the frequent coexistence of other disorder, derail the standard responses to offending.

Management of these individuals as offenders depends on awareness of the issues, adaptation and the input of a variety of other services, especially health, social care and employment.

Although this is a very active field of work, there is relatively little written about it.

SCHIZOID PERSONALITY IN CHILDHOOD: A COMPARATIVE STUDY OF SCHIZOID, AUTISTIC AND NORMAL CHILDREN

Evaluation of a Screening Instrument for Autism Spectrum Disorders in Prisoners

Louise Robinson, Michael Spencer, Lindsay Thomson … (2012)
There have been concerns that individuals with autism spectrum disorders (ASDs) are over-represented but not recognised in prison populations. A screening tool for ASDs in prisons has therefore been developed. Aims We aimed to evaluate this tool in Scottish prisoners by comparing scores with standard measures of autistic traits (Autism Quotient (AQ)), neurodevelopmental history (Asperger Syndrome (and High-Functioning Autism) Diagnostic Interview (ASDI)), and social cognition (Ekman 60 Faces test). Methods Prison officers across all 12 publicly-run closed prisons in Scotland assessed convicted prisoners using the screening tool. This sample included male and female prisoners and both adult and young offenders. Prisoners with high scores, along with an equal number of age and sex-matched controls, were invited to take part in interviews. Prisoners' relatives were contacted to complete a neurodevelopmental assessment. Results 2458 prisoners were screened using the tool, and 4% scored above the cut-off. 126 prisoners were further assessed using standardised measures. 7 of those 126 assessed scored 32 or above (cut-off) on the AQ. 44 interviews were completed with prisoners' relatives, no prisoner reached the cut-off score on the ASDI. Scores on the screening tool correlated significantly with AQ and ASDI scores, and not with the Ekman 60 Faces Test or IQ. Sensitivity was 28.6% and specificity 75.6%; AUC was 59.6%. Conclusions Although this screening tool measures autistic traits in this population, sensitivity for scores of 32 or above on the AQ is poor. We consider that this limits its usefulness and do not recommend that the tool is routinely used to screen for ASDs in prisons.

Thomas Ormerod, Coral Dando, Michelle Mattison (2015)
Deficits in episodic free-recall memory performance have been reported in children with autism spectrum disorder (ASD), yet best practice dictates that child witness/victim interviews commence with a free-recall account. No 'tools' exist to support children with ASD to freely recall episodic information. Here, the efficacy of a novel retrieval technique, Sketch reinstatement of context (Sketch-RC), is compared with mental reinstatement of context and a no support control. Ninety children (45 with ASD; 45 matched typically developing) viewed a stimulus film, and were interviewed using one of the aforementioned techniques. The Sketch-RC technique was most effective, improving ASD participants' remembering without a concomitant increase in intrusions. This procedure offers a population-appropriate method for supporting free recall in criminal justice settings.

Thomas Berney can be contacted at: t.p.berney@ncl.ac.uk