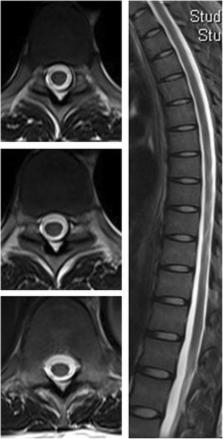 Nitrous oxide (N2O), a long-standing anesthetic, is also neurotoxic by interfering with the bioavailability of vitamin B12 if abused. A few case studies have reported the neurological and psychiatric complications of N2O.

This case raises the awareness of an important mechanism of neural toxicity of N2O, and clinical physicians should be well recognized this in the field of substance-related disorders.

Homocysteine, B Vitamins, and Cognitive Impairment.

A Smith,  Helga Refsum (2016)
Moderately elevated plasma total homocysteine (tHcy) is a strong modifiable risk factor for vascular dementia and Alzheimer's disease. Prospectively, elevated tHcy is associated with cognitive decline, white matter damage, brain atrophy, neurofibrillary tangles, and dementia. Most homocysteine-lowering trials with folate and vitamins B6 and/or B12 tested as protective agents against cognitive decline were poorly designed by including subjects unlikely to benefit during the trial period. In contrast, trials in high-risk subjects, which have taken into account the baseline B vitamin status, show a slowing of cognitive decline and of atrophy in critical brain regions, results that are consistent with modification of the Alzheimer's disease process. Homocysteine may interact with both risk factors and protective factors, thereby identifying people at risk but also providing potential strategies for early intervention. Public health steps to slow cognitive decline should be promoted in individuals who are at risk of dementia, and more trials are needed to see if simple interventions with nutrients can prevent progression to dementia.

Neurologic, psychiatric, and other medical manifestations of nitrous oxide abuse: A systematic review of the case literature.

Amir Garakani,  Robert J Jaffe,  Dipal Savla … (2016)
Nitrous oxide (N2 O) is known to have abuse potential, although debate regarding the toxic effects of such abuse continues. Our objective was to review the case literature and present the neurologic, psychiatric and medical consequences of N2 O abuse.

Suzie El-Saden,  Leith Hathout (2011)
Beginning with a case report of nitrous oxide (N₂O)-induced B₁₂ deficiency myelopathy, this article reviews the clinical biochemistry of vitamin B₁₂, and examines the pathogenetic mechanisms by which B₁₂ deficiency leads to neurologic damage, and how this damage is potentiated by N₂O exposure. The article systematically examines the available experimental data relating to the two main coenzyme mechanisms that are usually suggested in clinical articles, particularly the deficient methylation hypothesis. The article demonstrates that neither of these mechanisms is fully consistent with the available data. The article then presents a novel mechanism based on new data from the neuroimmunology basic science literature which suggests that the pathogenesis of B₁₂ deficiency myelopathy may not be related to its role as a coenzyme, but rather to newly discovered functions of B₁₂ in regulating cytokines and growth factors.