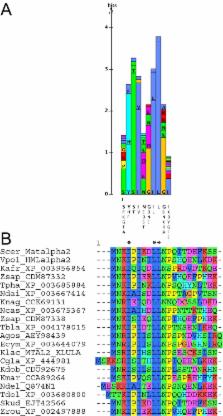 Here, we provide an update of our review on homeobox genes that we wrote together with Walter Gehring in 1994. Since then, comprehensive surveys of homeobox genes have become possible due to genome sequencing projects. Using the 103 Drosophila homeobox genes as example, we present an updated classification. In animals, there are 16 major classes, ANTP, PRD, PRD-LIKE, POU, HNF, CUT (with four subclasses: ONECUT, CUX, SATB, and CMP), LIM, ZF, CERS, PROS, SIX/SO, plus the TALE superclass with the classes IRO, MKX, TGIF, PBC, and MEIS. In plants, there are 11 major classes, i.e., HD-ZIP (with four subclasses: I to IV), WOX, NDX, PHD, PLINC, LD, DDT, SAWADEE, PINTOX, and the two TALE classes KNOX and BEL. Most of these classes encode additional domains apart from the homeodomain. Numerous insights have been obtained in the last two decades into how homeodomain proteins bind to DNA and increase their specificity by interacting with other proteins to regulate cell- and tissue-specific gene expression. Not only protein-DNA base pair contacts are important for proper target selection; recent experiments also reveal that the shape of the DNA plays a role in specificity. Using selected examples, we highlight different mechanisms of homeodomain protein-DNA interaction. The PRD class of homeobox genes was of special interest to Walter Gehring in the last two decades. The PRD class comprises six families in Bilateria, and tinkers with four different motifs, i.e., the PAIRED domain, the Groucho-interacting motif EH1 (aka Octapeptide or TN), the homeodomain, and the OAR motif. Homologs of the co-repressor protein Groucho are also present in plants (TOPLESS), where they have been shown to interact with small amphipathic motives (EAR), and in yeast (TUP1), where we find an EH1-like motif in MATα2.

Ivica Letunic,  Tobias Doerks,  Peer Bork (2014)
SMART (Simple Modular Architecture Research Tool) is a web resource (http://smart.embl.de/) providing simple identification and extensive annotation of protein domains and the exploration of protein domain architectures. In the current version, SMART contains manually curated models for more than 1200 protein domains, with ∼200 new models since our last update article. The underlying protein databases were synchronized with UniProt, Ensembl and STRING, bringing the total number of annotated domains and other protein features above 100 million. SMART's ‘Genomic’ mode, which annotates proteins from completely sequenced genomes was greatly expanded and now includes 2031 species, compared to 1133 in the previous release. SMART analysis results pages have been completely redesigned and include links to several new information sources. A new, vector-based display engine has been developed for protein schematics in SMART, which can also be exported as high-resolution bitmap images for easy inclusion into other documents. Taxonomic tree displays in SMART have been significantly improved, and can be easily navigated using the integrated search engine.

The amphioxus genome and the evolution of the chordate karyotype.

Nicholas Putnam,  Thomas Butts,  David Ferrier … (2008)
Lancelets ('amphioxus') are the modern survivors of an ancient chordate lineage, with a fossil record dating back to the Cambrian period. Here we describe the structure and gene content of the highly polymorphic approximately 520-megabase genome of the Florida lancelet Branchiostoma floridae, and analyse it in the context of chordate evolution. Whole-genome comparisons illuminate the murky relationships among the three chordate groups (tunicates, lancelets and vertebrates), and allow not only reconstruction of the gene complement of the last common chordate ancestor but also partial reconstruction of its genomic organization, as well as a description of two genome-wide duplications and subsequent reorganizations in the vertebrate lineage. These genome-scale events shaped the vertebrate genome and provided additional genetic variation for exploitation during vertebrate evolution.

The Amphimedon queenslandica genome and the evolution of animal complexity.

Ben J. Woodcroft,  S. Richards,  J Jackson … (2010)
Sponges are an ancient group of animals that diverged from other metazoans over 600 million years ago. Here we present the draft genome sequence of Amphimedon queenslandica, a demosponge from the Great Barrier Reef, and show that it is remarkably similar to other animal genomes in content, structure and organization. Comparative analysis enabled by the sequencing of the sponge genome reveals genomic events linked to the origin and early evolution of animals, including the appearance, expansion and diversification of pan-metazoan transcription factor, signalling pathway and structural genes. This diverse 'toolkit' of genes correlates with critical aspects of all metazoan body plans, and comprises cell cycle control and growth, development, somatic- and germ-cell specification, cell adhesion, innate immunity and allorecognition. Notably, many of the genes associated with the emergence of animals are also implicated in cancer, which arises from defects in basic processes associated with metazoan multicellularity.