COMADRE: a global data base of animal demography 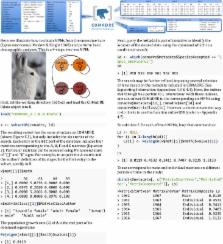 Olaf Bininda-Emonds, Marcel Cardillo, Kate E. Jones … (2007)
Did the end-Cretaceous mass extinction event, by eliminating non-avian dinosaurs and most of the existing fauna, trigger the evolutionary radiation of present-day mammals? Here we construct, date and analyse a species-level phylogeny of nearly all extant Mammalia to bring a new perspective to this question. Our analyses of how extant lineages accumulated through time show that net per-lineage diversification rates barely changed across the Cretaceous/Tertiary boundary. Instead, these rates spiked significantly with the origins of the currently recognized placental superorders and orders approximately 93 million years ago, before falling and remaining low until accelerating again throughout the Eocene and Oligocene epochs. Our results show that the phylogenetic 'fuses' leading to the explosion of extant placental orders are not only very much longer than suspected previously, but also challenge the hypothesis that the end-Cretaceous mass extinction event had a major, direct influence on the diversification of today's mammals.

PanTHERIA: a species-level database of life history, ecology, and geography of extant and recently extinct mammals

S Blair Hedges, Julie Marin, Michael Suleski … (2015)
Genomic data are rapidly resolving the tree of living species calibrated to time, the timetree of life, which will provide a framework for research in diverse fields of science. Previous analyses of taxonomically restricted timetrees have found a decline in the rate of diversification in many groups of organisms, often attributed to ecological interactions among species. Here, we have synthesized a global timetree of life from 2,274 studies representing 50,632 species and examined the pattern and rate of diversification as well as the timing of speciation. We found that species diversity has been mostly expanding overall and in many smaller groups of species, and that the rate of diversification in eukaryotes has been mostly constant. We also identified, and avoided, potential biases that may have influenced previous analyses of diversification including low levels of taxon sampling, small clade size, and the inclusion of stem branches in clade analyses. We found consistency in time-to-speciation among plants and animals, ∼2 My, as measured by intervals of crown and stem species times. Together, this clock-like change at different levels suggests that speciation and diversification are processes dominated by random events and that adaptive change is largely a separate process.