Acupuncture: could it become everyday practice in oncology? 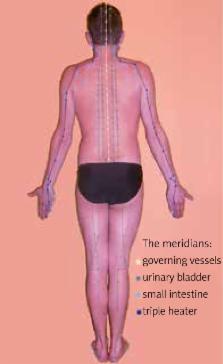 Acupuncture is a complementary and alternative medical treatment (CAM) which is increasingly used in the care of cancer patients. Traditionally derived from Chinese medicine, nowadays it is becoming a part of evidence-based oncology. The use of acupuncture in these patients has been recommended by the American Cancer Society (ACS) for the treatment of side effects associated with conventional cancer therapy and cancer-related ailments. A growing body of evidence supports the use of acupuncture in the treatment of cancer-induced pain and chemotherapy-related nausea and vomiting. Also other indications, such as xerostomia, fatigue, hot flashes, anxiety and peripheral neuropathy, are being constantly evaluated. This article summarizes the most important discoveries related to the possible usefulness of this method in contemporary oncology. Emphasis is placed on the results of randomized controlled trials with an adequate level of evidence. However, explanation of the mechanisms responsible for these effects requires confirmation in further studies with an adequate level of evidence. In future, acupuncture may become an interesting and valuable addition to conventional medicine.

Use of complementary and alternative medicine in cancer patients: a European survey.

A Molassiotis,  P. Fernadez-Ortega,  D Pud … (2005)
The aim of this study was to explore the use of complementary and alternative medicine (CAM) in cancer patients across a number of European countries. A descriptive survey design was developed. Fourteen countries participated in the study and data was collected through a descriptive questionnaire from 956 patients. Data suggest that CAM is popular among cancer patients with 35.9% using some form of CAM (range among countries 14.8% to 73.1%). A heterogeneous group of 58 therapies were identified as being used. Herbal medicines and remedies were the most commonly used CAM therapies, together with homeopathy, vitamins/minerals, medicinal teas, spiritual therapies and relaxation techniques. Herbal medicine use tripled from use before diagnosis to use since diagnosis with cancer. Multivariate analysis suggested that the profile of the CAM user was that of younger people, female and with higher educational level. The source of information was mainly from friends/family and the media, while physicians and nurses played a small part in providing CAM-related information. The majority used CAM to increase the body's ability to fight cancer or improve physical and emotional well-being, and many seemed to have benefited from using CAM (even though the benefits were not necessarily related to the initial reason for using CAM). Some 4.4% of patients, however, reported side-effects, mostly transient. It is imperative that health professionals explore the use of CAM with their cancer patients, educate them about potentially beneficial therapies in light of the limited available evidence of effectiveness, and work towards an integrated model of health-care provision.

Sheng Han (2004)
Acupuncture and electroacupuncture (EA) as complementary and alternative medicine have been accepted worldwide mainly for the treatment of acute and chronic pain. Studies on the mechanisms of action have revealed that endogenous opioid peptides in the central nervous system play an essential role in mediating the analgesic effect of EA. Further studies have shown that different kinds of neuropeptides are released by EA with different frequencies. For example, EA of 2 Hz accelerates the release of enkephalin, beta-endorphin and endomorphin, while that of 100 Hz selectively increases the release of dynorphin. A combination of the two frequencies produces a simultaneous release of all four opioid peptides, resulting in a maximal therapeutic effect. This finding has been verified in clinical studies in patients with various kinds of chronic pain including low back pain and diabetic neuropathic pain.

E. Greenman,  D Ramsay,  G. A. Bowman (1998)
To provide clinicians, patients, and the general public with a responsible assessment of the use and effectiveness of acupuncture to treat a variety of conditions. A nonfederal, nonadvocate, 12-member panel representing the fields of acupuncture, pain, psychology, psychiatry, physical medicine and rehabilitation, drug abuse, family practice, internal medicine, health policy, epidemiology, statistics, physiology, biophysics, and the representatives of the public. In addition, 25 experts from these same fields presented data to the panel and a conference audience of 1200. Presentations and discussions were divided into 3 phases over 2 1/2 days: (1) presentations by investigators working in areas relevant to the consensus questions during a 2-day public session; (2) questions and statements from conference attendees during open discussion periods that were part of the public session; and (3) closed deliberations by the panel during the remainder of the second day and morning of the third. The conference was organized and supported by the Office of Alternative Medicine and the Office of Medical Applications of Research, National Institutes of Health, Bethesda, Md. The literature, produced from January 1970 to October 1997, was searched through MEDLINE, Allied and Alternative Medicine, EMBASE, and MANTIS, as well as through a hand search of 9 journals that were not indexed by the National Library of Medicine. An extensive bibliography of 2302 references was provided to the panel and the conference audience. Expert speakers prepared abstracts of their own conference presentations with relevant citations from the literature. Scientific evidence was given precedence over clinical anecdotal experience. The panel, answering predefined questions, developed their conclusions based on the scientific evidence presented in the open forum and scientific literature. The panel composed a draft statement, which was read in its entirety and circulated to the experts and the audience for comment. Thereafter, the panel resolved conflicting recommendations and released a revised statement at the end of the conference. The panel finalized the revisions within a few weeks after the conference. The draft statement was made available on the World Wide Web immediately following its release at the conference and was updated with the panel's final revisions within a few weeks of the conference. The statement is available at http://consensus.nih.gov. Acupuncture as a therapeutic intervention is widely practiced in the United States. Although there have been many studies of its potential usefulness, many of these studies provide equivocal results because of design, sample size, and other factors. The issue is further complicated by inherent difficulties in the use of appropriate controls, such as placebos and sham acupuncture groups. However, promising results have emerged, for example, showing efficacy of acupuncture in adult postoperative and chemotherapy nausea and vomiting and in postoperative dental pain. There are other situations, such as addiction, stroke rehabilitation, headache, menstrual cramps, tennis elbow, fibromyalgia, myofascial pain, osteoarthritis, low back pain, carpal tunnel syndrome, and asthma, in which acupuncture may be useful as an adjunct treatment or an acceptable alternative or be included in a comprehensive management program. Further research is likely to uncover additional areas where acupuncture interventions will be useful.