Student responses to differing accounts of a controversial historical issue: 15-year-old Greek students consider the removal of children in the Greek Civil War 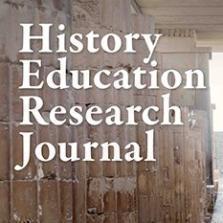 In recent decades, controversial issues have come to the forefront of history teaching. So far, they have been utilized in three ways: (1) to manage tensions in divided societies; (2) to instil humanitarian values into students; and (3) to enhance the teaching of second-order historical concepts. This study is based on the findings of other relevant research, and underpins the use of controversial accounts in order to foster procedural concepts of history. It was conducted in three middle schools of the Xanthi Prefecture, northern Greece, in 2017 and 2018. The subjects were 94 15-year-old students, and the design was experimental. After being taught two versions of the Greek Civil War, a traditional and an experimental one, students expressed their opinions about three pairs of different historical accounts of a controversial issue: the removal of children during the war. A pilot study consisted of role-playing activities involving historical competences. After qualitative and quantitative analysis, a variety of ideas emerged about the differences in the accounts, the reasons for their differentiation, and the epistemological status of history. The findings show that: (1) students' comprehension depended on the level of difficulty of the accounts; and (2) the experimental groups modified their ideas about the different accounts and history to some degree. In conclusion, a structured, disciplinary approach to controversial historical issues, focused on role-playing activities, could contribute to a refinement of students' epistemological notions.