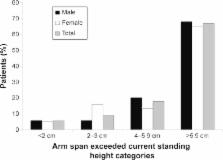 To evaluate the accuracy of substituting arm span length for current standing height in the evaluation of pulmonary function parameters and severity classification in elderly Thai COPD patients.

Current status of research on osteoporosis in COPD: a systematic review.

Prevalence and progression of osteoporosis in patients with COPD: results from the TOwards a Revolution in COPD Health study.

Gary Ferguson,  Peter M.A. Calverley,  Julie Anderson … (2009)
Osteoporosis is common in patients with COPD, but its prevalence and progression are not well characterized. Concerns have been raised over the possible deleterious effect of long-term therapy with inhaled corticosteroids (ICSs) on bone density in this population. Here, we investigated the long-term effects of therapy with fluticasone propionate (FP) alone, salmeterol (SAL) alone, and a SAL/FP combination (SFC) on bone mineral density (BMD) and bone fractures in patients with moderate-to-severe COPD in the TOwards a Revolution in COPD Health (TORCH) study. A randomized, double-blind, parallel-group, placebo-controlled study conducted at 88 US centers involving 658 patients (a subset of 6,184 international subjects in TORCH). Therapy with placebo, SAL (50 microg), FP (500 microg), or SFC (SAL 50 microg/FP 500 microg) twice daily was administered for 3 years. Baseline and yearly measurements of BMD at the hip and lumbar spine were performed. The incidence of traumatic and nontraumatic bone fractures was recorded. At baseline, 18% of men and 30% of women had osteoporosis, and 42% of men and 41% of women had osteopenia based on BMD assessments. Forty-three percent of subjects completed all testing. The changes in BMD at the hip and lumbar spine over 3 years were small. No significant differences were observed between treatment arms (adjusted mean percent change from baseline at hip was -3.1% for placebo, -1.7% for SAL, -2.9% for FP, and -3.2% for SFC therapy, respectively; while, the corresponding changes for the lumbar spine were 0, 1.5%, -0.3%, and -0.3% for placebo, respectively, SAL, FP, and SFC therapy). The incidence of fractures was low and was similar for all treatments (5.1% to 6.3%). Osteoporosis is highly prevalent in patients with COPD, irrespective of gender. In the TORCH study, no significant effect on BMD was detected for ICS therapy compared with placebo. ClinicalTrials.gov Identifier: NTC00268216.

John L. Hankinson,  Steven M. Kawut,  Eyal Shahar … (2010)
The American Thoracic Society recommends race-specific spirometric reference values from the National Health and Nutrition Survey (NHANES) III for clinical evaluation of pulmonary function in whites, African-Americans, and Mexican-Americans in the United States and a correction factor of 0.94 for Asian-Americans. We aimed to validate the NHANES III reference equations and the correction factor for Asian-Americans in an independent, multiethnic sample of US adults. The Multi-Ethnic Study of Atherosclerosis (MESA) recruited self-identified non-Hispanic white, African-American, Hispanic, and Asian-American participants aged 45 to 84 years at six US sites. The MESA-Lung Study assessed prebronchodilator spirometry among 3,893 MESA participants who performed acceptable tests, of whom 1,068 were asymptomatic healthy nonsmokers who performed acceptable spirometry. The 1,068 participants were mean age 65 +/- 10 years, 60% female, 25% white, 20% African-American, 23% Hispanic, and 32% Asian-American. Observed values of FEV(1), FEV(6), and FVC among whites, African-Americans, and Hispanics of Mexican origin in MESA-Lung were slightly lower than predicted values based on NHANES III. Observed values among Hispanics of non-Mexican origin were consistently lower. Agreement in classification of participants with airflow obstruction based on lower limit of normal criteria was good (overall kappa = 0.88). For Asian-Americans, a correction factor of 0.88 was more accurate than 0.94. The NHANES III reference equations are valid for use among older adults who are white, African-American, or Hispanic of Mexican origin. Comparison of white and Asian-American participants suggests that a correction factor of 0.88, applied to the predicted and lower limits of normal values, is more appropriate than the currently recommended value of 0.94.