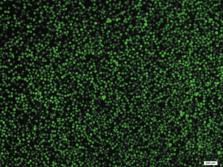 Rosa Visone, Carlo Croce (2009)
Cancer is the result of a complex multistep process that involves the accumulation of sequential alterations of several genes, including those encoding microRNAs (miRNAs). miRNAs are a class of 17- to 27-nucleotide single-stranded RNA molecules that regulate gene expression posttranscriptionally. A large body of evidence implicates aberrant miRNA expression patterns in most, if not all, human malignancies. This article reviews our current knowledge about miRNAs, focusing on their involvement in cancer and their potential as diagnostic, prognostic, and therapeutic tools.

miR-15a and miR-16 affect the angiogenesis of multiple myeloma by targeting VEGF.

Bo Chu, Gai-Mei She, Li Ai … (2013)
Deregulated microRNAs (miRNAs) and their roles in cancer development have attracted much attention. Two miRNAs, miR-15a and miR-16, which act as putative tumor suppressor by targeting the oncogene BCL2, have been implicated in cell cycle, apoptosis and proliferation. In this study, we investigated the possible role of miR-15a/16 in the angiogenesis of multiple myeloma (MM). Using a stem-loop quantitative reverse transcription-PCR, we analyzed miR-15a/16 expressions in bone marrow samples from newly diagnosed MM patients and a panel of MM cell lines. miRNA transfection, western blotting analysis and assay of luciferase activity were used to examine whether vascular endothelial growth factor (VEGF) is the target of miR-15a/16. The functional roles of miR-15a/16 on tumorigenesis and angiogenesis were examined by in vitro angiogenesis models and in vivo tumor xenograft model. We showed that miR-15a and miR-16 were significantly underexpressed in primary MM cells as well as in MM cell lines. The aberrant expression of miR-15a/16 was detected especially in advanced stage MM. In human MM cell lines and normal plasma cells, expression of miR-15a/16 inversely correlated with the expression of VEGF-A. Western blotting combined with the luciferase reporter assay demonstrated that VEGF-A was a direct target of miR-15a/16. Ectopic overexpression of miR-15a/16 led to decreased pro-angiogenic activity of MM cells. Finally, infection of lentivirus-miR-15a or lentivirus-miR-16 resulted in significant inhibition of tumor growth and angiogenesis in nude mice. This study suggest that miR-15a/16 could play a role in the tumorigenesis of MM at least in part by modulation of angiogenesis through targeting VEGF-A.

This work is licensed under a Creative Commons Attribution 3.0 License (CC-BY-NC). The Copyright own by Publisher. Without authorization, shall not reprint, except this publication article, shall not use this publication format design. Unless otherwise stated, all articles published in this journal do not represent the views of the Chinese Medical Association or the editorial board of this journal.