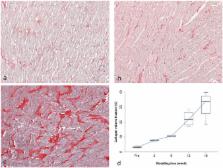 G Curigliano,  D Cardinale,  T Suter … (2012)
Cardiovascular (CV) toxicity is a potential short- or long-term complication of various anticancer therapies. Some drugs, such as anthracyclines or other biological agents, have been implicated in causing potentially irreversible clinically important cardiac dysfunction. Although targeted therapies are considered less toxic and better tolerated by patients compared with classic chemotherapy agents, rare but serious complications have been described, and longer follow-up is needed to determine the exact profile and outcomes of related cardiac side-effects. Some of these side-effects are irreversible, leading to progressive CV disease, and some others induce reversible dysfunction with no long-term cardiac damage to the patient. Assessment of the prevalence, type and severity of cardiac toxicity caused by various cancer treatments is a breakthrough topic for patient management. Guidelines for preventing, monitoring and treating cardiac side-effects are a major medical need. Efforts are needed to promote strategies for cardiac risk prevention, detection and management, avoiding unintended consequences that can impede development, regulatory approval and patient access to novel therapy. These new ESMO Clinical Practice Guidelines are the result of a multidisciplinary cardio-oncology review of current evidence with the ultimate goal of providing strict criteria-based recommendations on CV risk prevention, assessment, monitoring and management during anticancer treatment.