Ivermectin, ‘Wonder drug’ from Japan: the human use perspective 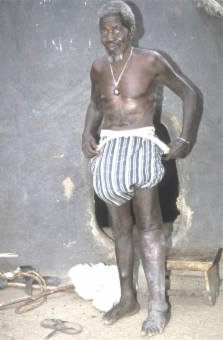 Discovered in the late-1970s, the pioneering drug ivermectin, a dihydro derivative of avermectin—originating solely from a single microorganism isolated at the Kitasato Intitute, Tokyo, Japan from Japanese soil—has had an immeasurably beneficial impact in improving the lives and welfare of billions of people throughout the world. Originally introduced as a veterinary drug, it kills a wide range of internal and external parasites in commercial livestock and companion animals. It was quickly discovered to be ideal in combating two of the world’s most devastating and disfiguring diseases which have plagued the world’s poor throughout the tropics for centuries. It is now being used free-of-charge as the sole tool in campaigns to eliminate both diseases globally. It has also been used to successfully overcome several other human diseases and new uses for it are continually being found. This paper looks in depth at the events surrounding ivermectin’s passage from being a huge success in Animal Health into its widespread use in humans, a development which has led many to describe it as a “wonder” drug.

Drug resistance in nematodes of veterinary importance: a status report.

Joshua Kaplan (2004)
Reports of drug resistance have been made in every livestock host and to every anthelmintic class. In some regions of world, the extremely high prevalence of multi-drug resistance (MDR) in nematodes of sheep and goats threatens the viability of small-ruminant industries. Resistance in nematodes of horses and cattle has not yet reached the levels seen in small ruminants, but evidence suggests that the problems of resistance, including MDR worms, are also increasing in these hosts. There is an urgent need to develop both novel non-chemical approaches for parasite control and molecular assays capable of detecting resistant worms.

Ian Fairweather,  Georg von Samson-Himmelstjerna,  Roger Prichard … (2004)
At present, there is no effective alternative to chemical control of parasitic helminths where livestock are grazed intensively. Resistance to anthelmintics has become a major problem in veterinary medicine, and threatens both agricultural income and animal welfare. The molecular and biochemical basis of this resistance is not well understood. The lack of reliable biological and molecular tests means that we are not able to follow the emergence and spread of resistance alleles and clinical resistance as well as we need. This review summarizes some of the recent findings on resistance mechanisms, puts forward some recommendations for limiting its impact and suggests some priorities for research in this area.

R. W. Burg,  B. M. Miller,  E. E. Baker … (1979)
The avermectins are a complex of chemically related agents which exhibit extraordinarily potent anthelmintic activity. They are produced by a novel species of actinomycete, NRRL 8165, which we have named Streptomyces avermitilis. The morphological and cultural characteristics which differentiate the producing organism from other species are described. The avermectins have been identified as a series of macrocyclic lactone derivatives which, in contrast to the macrolide or polyene antibiotics, lack significant antibacterial or antifungal activity. The avermectin complex is fully active against the gastrointestinal nematode Nematospiroides dubius when fed to infected mice for 6 days at 0.0002% of the diet. Fermentation development, including medium modification and strain selection, resulted in increasing the broth yields from 9 to 500 mug/ml.