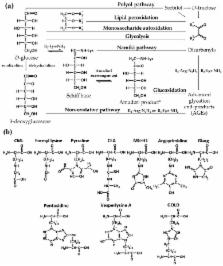 Protein glycation is a ubiquitous non-enzymatic post-translational modification, formed by reaction of protein amino and guanidino groups with carbonyl compounds, presumably reducing sugars and α-dicarbonyls. Resulting advanced glycation end products (AGEs) represent a highly heterogeneous group of compounds, deleterious in mammals due to their pro-inflammatory effect, and impact in pathogenesis of diabetes mellitus, Alzheimer’s disease and ageing. The body of information on the mechanisms and pathways of AGE formation, acquired during the last decades, clearly indicates a certain site-specificity of glycation. It makes characterization of individual glycation sites a critical pre-requisite for understanding in vivo mechanisms of AGE formation and developing adequate nutritional and therapeutic approaches to reduce it in humans. In this context, proteomics is the methodology of choice to address site-specific molecular changes related to protein glycation. Therefore, here we summarize the methods of Maillard proteomics, specifically focusing on the techniques providing comprehensive structural and quantitative characterization of glycated proteome. Further, we address the novel break-through areas, recently established in the field of Maillard research, i.e., in vitro models based on synthetic peptides, site-based diagnostics of metabolism-related diseases (e.g., diabetes mellitus), proteomics of anti-glycative defense, and dynamics of plant glycated proteome during ageing and response to environmental stress.

M Wilm,  V Mann,  O Vorm … (1996)
Proteins from silver-stained gels can be digested enzymatically and the resulting peptide analyzed and sequenced by mass spectrometry. Standard proteins yield the same peptide maps when extracted from Coomassie- and silver-stained gels, as judged by electrospray and MALDI mass spectrometry. The low nanogram range can be reached by the protocols described here, and the method is robust. A silver-stained one-dimensional gel of a fraction from yeast proteins was analyzed by nano-electrospray tandem mass spectrometry. In the sequencing, more than 1000 amino acids were covered, resulting in no evidence of chemical modifications due to the silver staining procedure. Silver staining allows a substantial shortening of sample preparation time and may, therefore, be preferable over Coomassie staining. This work removes a major obstacle to the low-level sequence analysis of proteins separated on polyacrylamide gels.

Clinical review: The role of advanced glycation end products in progression and complications of diabetes.

Ann Cooper,  Su-Yen Goh (2008)
Diabetic complications appear to be multifactorial in origin, but in particular, the biochemical process of advanced glycation, which is accelerated in diabetes as a result of chronic hyperglycemia and increased oxidative stress, has been postulated to play a central role in these disorders. Advanced glycation involves the generation of a heterogenous group of chemical moieties known as advanced glycated end products (AGEs), this reaction occurring as a result of a nonenzymatic reaction with glucose interacting with proteins, lipids, and nucleic acids, and involves key intermediates such as methylglyoxal. In this review we report on how these AGEs may exert deleterious effects in diabetes, as well as address current strategies to interrupt the formation or action of AGEs. First, AGEs act directly to induce cross-linking of long-lived proteins such as collagen to promote vascular stiffness, and, thus, alter vascular structure and function. Second, AGEs can interact with certain receptors, such as the receptor for AGE, to induce intracellular signaling that leads to enhanced oxidative stress and elaboration of key proinflammatory and prosclerotic cytokines. Over the last decade, a large number of preclinical studies have been performed, targeting the formation and degradation of AGEs, as well as the interaction of these AGEs with receptors such as the receptor for AGE. It is hoped that over the next few years, some of these promising therapies will be fully evaluated in the clinical context with the ultimate aim to reduce the major economical and medical burden of diabetes, its vascular complications.

Advanced glycation end products in foods and a practical guide to their reduction in the diet.

Weijing Cai,  Jaime Uribarri,  Gary Striker … (2010)
Modern diets are largely heat-processed and as a result contain high levels of advanced glycation end products (AGEs). Dietary advanced glycation end products (dAGEs) are known to contribute to increased oxidant stress and inflammation, which are linked to the recent epidemics of diabetes and cardiovascular disease. This report significantly expands the available dAGE database, validates the dAGE testing methodology, compares cooking procedures and inhibitory agents on new dAGE formation, and introduces practical approaches for reducing dAGE consumption in daily life. Based on the findings, dry heat promotes new dAGE formation by >10- to 100-fold above the uncooked state across food categories. Animal-derived foods that are high in fat and protein are generally AGE-rich and prone to new AGE formation during cooking. In contrast, carbohydrate-rich foods such as vegetables, fruits, whole grains, and milk contain relatively few AGEs, even after cooking. The formation of new dAGEs during cooking was prevented by the AGE inhibitory compound aminoguanidine and significantly reduced by cooking with moist heat, using shorter cooking times, cooking at lower temperatures, and by use of acidic ingredients such as lemon juice or vinegar. The new dAGE database provides a valuable instrument for estimating dAGE intake and for guiding food choices to reduce dAGE intake. 2010 American Dietetic Association. Published by Elsevier Inc. All rights reserved.