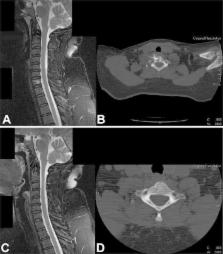 This review summarizes current concepts in the diagnosis and management of the patients with eosinophilic granuloma. Given the benign biology, the clinical course, and the pediatric group of patients that this condition more commonly affects, a treatment approach that carries a lower risk of complications while ensuring a successful cure is desirable. Variable treatment options have been reported with satisfactory results and a recurrence rate of less than 20 %. In this setting, symptomatic lesions that are accessible in the spine or the extremities may be treated with intralesional methylprednisolone injection after tissue biopsy for histological diagnosis.

Alden Griffith,  L Busque,  K McClain … (1994)
The lesions of Langerhans'-cell histiocytosis (histiocytosis X), a proliferative histiocytic disorder of unknown cause, contain histiocytes similar in phenotype to dendritic Langerhans' cells. The disease ranges in severity from a fatal leukemia-like disorder to an isolated lytic lesion of bone. Intermediate forms of the disease are usually characterized by multiorgan involvement, diabetes insipidus, and a chronic course. To determine whether Langerhans' histiocytosis is a polyclonal reactive disease or a clonal disorder, we used X-linked polymorphic DNA probes (HUMARA, PGK, M27 beta[DXS255], and HPRT) to assess clonality in lesional tissues and control leukocytes from 10 female patients with various forms of the disease. Lymphoid clonality was also assessed by analysis of rearrangements at immunoglobulin and T-cell-receptor gene loci. The HUMARA assay detected clonal cells in the lesions of 9 of the 10 patients: 3 patients had acute disseminated disease, 3 had unifocal disease, and 3 had intermediate forms. The percentage of clonal cells closely approximated the percentage of CD1a-positive histiocytes in each lesion. Clonality was also confirmed in two of nine cases with the PGK or M27 beta probe. Extreme constitutional lyonization precluded assessment of clonality in the 10th case. Lymphoid clonality was ruled out in all cases. The detection of clonal histiocytes in all forms of Langerhans'-cell histiocytosis indicates that this disease is probably a clonal neoplastic disorder with highly variable biologic behavior. Thus, genetic mutations that promote clonal expansion of Langerhans' cells or their precursors may now be identified.

Contemporary classification of histiocytic disorders. The WHO Committee On Histiocytic/Reticulum Cell Proliferations. Reclassification Working Group of the Histiocyte Society.

Andrew E Jaffe,  S Ladisch,  G Janka-Schaub … (1997)
Pathologists and pediatric hematologist/ oncologists of the World Health Organization's Committee on Histiocytic/Reticulum Cell Proliferations and the Reclassification Working Group of the Histiocyte Society present a classification of the histiocytic disorders that primarily affect children. Nosology, based on the lineage of lesional cells and biological behavior, is related to the ontogeny of histiocytes (macrophages and dendritic cells of the immune system). Dendritic cell-related disorders of varied biological behavior are dominated by Langerhans cell histiocytosis, but separate secondary proliferations of dendritic cells must be differentiated. Juvenile xanthogranuloma represents a disorder of dermal dendrocytes, another dendritic cell of skin. The hemophagocytic syndromes are the most common of the macrophage-related disorders of varied biological behavior. Guidelines for distinguishing the exceedingly rare malignant diseases of histiocytes from large cell lymphomas through the use of a battery of special studies are provided.

The hazards of the biopsy, revisited. Members of the Musculoskeletal Tumor Society.

Phil Mankin,  M. Simon (1996)
In 1982, members of the Musculoskeletal Tumor Society, representing sixteen centers for the treatment of bone and soft-tissue cancer, compiled data regarding the hazards associated with 329 biopsies of primary malignant musculoskeletal sarcomas. The investigation showed troubling rates of error in diagnosis and technique, which resulted in complications and also adversely affected the care of the patients. These data were quite different when the biopsy had been carried out in a treatment center rather than in a referring institution. On the basis of these observations, the Society made a series of recommendations about the technical aspects of the biopsy and stated that, whenever possible, the procedure should be done in a treatment center rather than in a referring institution. In 1992, the Musculoskeletal Tumor Society decided to perform a similar study to determine whether the rates of complications, errors, and deleterious effects related to biopsy had changed. Twenty-five surgeons from twenty-one institutions submitted the cases of 597 patients. The results were essentially the same as those in the earlier study. The rate of diagnostic error for the total series (in which cases from referring institutions and treatment centers were combined) was 17.8 percent. There was no significant difference in the rate of patients for whom a problem with the biopsy forced the surgeon to carry out a different and often more complex operation or to use adjunctive irradiation or chemotherapy (19.3 percent in the current study, compared with 18 percent in the previous one). There was also no significant differences in the percentage of patients who had a change in the outcome, such as the need for a more complex resection that resulted in disability, loss of function, local recurrence, or death, attributable to problems related to the biopsy (10.1 percent in the current study, compared with 8.5 percent in the 1982 study). Eighteen patients in the current study had an unnecessary amputation as a result of the biopsy, compared with fifteen in the previous study. Errors, complications, and changes in the course and outcome were two to twelve times greater (p < 0.001) when the biopsy was done in a referring institution instead of in a treatment center.