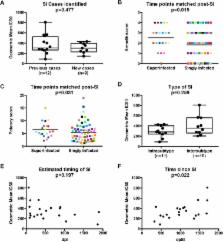 HIV-1 vaccines designed to date have failed to elicit neutralizing antibodies (Nabs) that are capable of protecting against globally diverse HIV-1 subtypes. One relevant setting to study the development of a strong, cross-reactive Nab response is HIV-1 superinfection (SI), defined as sequential infections from different source partners. SI has previously been shown to lead to a broader and more potent Nab response when compared to single infection, but it is unclear whether SI also impacts epitope specificity and if the epitopes targeted after SI differ from those targeted after single infection. Here the post-SI Nab responses were examined from 21 Kenyan women collectively exposed to subtypes A, C, and D and superinfected after a median time of ~1.07 years following initial infection. Plasma samples chosen for analysis were collected at a median time point ~2.72 years post-SI. Because previous studies of singly infected populations with broad and potent Nab responses have shown that the majority of their neutralizing activity can be mapped to 4 main epitopes on the HIV-1 Envelope, we focused on these targets, which include the CD4-binding site, a V1/V2 glycan, the N332 supersite in V3, and the membrane proximal external region of gp41. Using standard epitope mapping techniques that were applied to the previous cohorts, the present study demonstrates that SI did not induce a dominant Nab response to any one of these epitopes in the 21 women. Computational sera delineation analyses also suggested that 20 of the 21 superinfected women’s Nab responses could not be ascribed a single specificity with high confidence. These data are consistent with a model in which SI with diverse subtypes promotes the development of a broad polyclonal Nab response, and thus would provide support for vaccine designs using multivalent HIV immunogens to elicit a diverse repertoire of Nabs.

Learning how to elicit a potent, cross-reactive neutralizing antibody (Nab) response capable of protecting against globally diverse human immunodeficiency virus-1 (HIV-1) subtypes is critical to the development of an HIV-1 vaccine. We and others have previously shown that HIV-1 superinfection (SI), or sequential infections from different partners, broadens and strengthens the Nab response. However, until now it was unclear whether SI also impacts the specificity, or epitope targets, of the antibody response. Previous studies have shown that the majority of singly infected individuals with broad and potent responses develop Nabs to 4 main epitopes on the HIV-1 Envelope. In contrast, here we show that none of the 21 SI cases in our Kenyan cohort developed Nabs that strongly target these epitopes. Our study helps to inform vaccine design by highlighting the prospect of eliciting broad and diverse HIV-specific Nab responses through sequential exposure to different HIV antigens.

Dan Barouch, James B. Whitney, Brian Moldt … (2013)
HIV-1-specific monoclonal antibodies (mAbs) with extraordinary potency and breadth have recently been described. In humanized mice, combinations of mAbs have been shown to suppress viremia, but the therapeutic potential of these mAbs has not yet been evaluated in primates with an intact immune system. Here we show that administration of a cocktail of HIV-1-specific mAbs, as well as the single glycan-dependent mAb PGT121, resulted in a rapid and precipitous decline of plasma viremia to undetectable levels in rhesus monkeys chronically infected with the pathogenic virus SHIV-SF162P3. A single mAb infusion afforded up to a 3.1 log decline of plasma viral RNA in 7 days and also reduced proviral DNA in peripheral blood, gastrointestinal mucosa, and lymph nodes without the development of viral resistance. Moreover, following mAb administration, host Gag-specific T lymphocyte responses exhibited improved functionality. Virus rebounded in the majority of animals after a median of 56 days when serum mAb titers had declined to undetectable levels, although a subset of animals maintained long-term virologic control in the absence of further mAb infusions. These data demonstrate a profound therapeutic effect of potent neutralizing HIV-1-specific mAbs in SHIV-infected rhesus monkeys as well as an impact on host immune responses. Our findings strongly encourage the investigation of mAb therapy for HIV-1 in humans.

Florian Klein, Hugo Mouquet, Pia Dosenovic … (2013)
Despite 30 years of study, there is no HIV-1 vaccine and, until recently, there was little hope for a protective immunization. Renewed optimism in this area of research comes in part from the results of a recent vaccine trial and the use of single-cell antibody-cloning techniques that uncovered naturally arising, broad and potent HIV-1-neutralizing antibodies (bNAbs). These antibodies can protect against infection and suppress established HIV-1 infection in animal models. The finding that these antibodies develop in a fraction of infected individuals supports the idea that new approaches to vaccination might be developed by adapting the natural immune strategies or by structure-based immunogen design. Moreover, the success of passive immunotherapy in small-animal models suggests that bNAbs may become a valuable addition to the armamentarium of drugs that work against HIV-1.

Masashi Shingai, Yoshiaki Nishimura, Florian Klein … (2013)
Neutralizing antibodies can confer immunity to primate lentiviruses by blocking infection in macaque models of AIDS. However, earlier studies of anti-human immunodeficiency virus type 1 (HIV-1) neutralizing antibodies administered to infected individuals or humanized mice reported poor control of virus replication and the rapid emergence of resistant variants. A new generation of anti-HIV-1 monoclonal antibodies, possessing extraordinary potency and breadth of neutralizing activity, has recently been isolated from infected individuals. These neutralizing antibodies target different regions of the HIV-1 envelope glycoprotein including the CD4-binding site, glycans located in the V1/V2, V3 and V4 regions, and the membrane proximal external region of gp41 (refs 9-14). Here we have examined two of the new antibodies, directed to the CD4-binding site and the V3 region (3BNC117 and 10-1074, respectively), for their ability to block infection and suppress viraemia in macaques infected with the R5 tropic simian-human immunodeficiency virus (SHIV)-AD8, which emulates many of the pathogenic and immunogenic properties of HIV-1 during infections of rhesus macaques. Either antibody alone can potently block virus acquisition. When administered individually to recently infected macaques, the 10-1074 antibody caused a rapid decline in virus load to undetectable levels for 4-7 days, followed by virus rebound during which neutralization-resistant variants became detectable. When administered together, a single treatment rapidly suppressed plasma viraemia for 3-5 weeks in some long-term chronically SHIV-infected animals with low CD4(+) T-cell levels. A second cycle of anti-HIV-1 monoclonal antibody therapy, administered to two previously treated animals, successfully controlled virus rebound. These results indicate that immunotherapy or a combination of immunotherapy plus conventional antiretroviral drugs might be useful as a treatment for chronically HIV-1-infected individuals experiencing immune dysfunction.

The study was funded by the National Institutes of Health R01 AI103981 and R37 AI038518 awarded to JO and T32 AI714036 awarded to VC. The funders had no role in study design, data collection and analysis, decision to publish, or preparation of the manuscript.