Measurement of free glucocorticoids: quantifying corticosteroid-binding globulin binding affinity and its variation within and among mammalian species 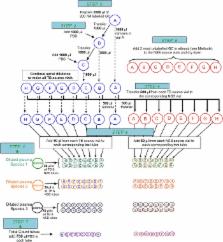 Understanding how wildlife cope with stressors gives us insight into their potential impact. To quantify key hormones of stress - glucocorticoids – one needs to measure both how much there is in plasma (Total) and how much is not bound to a specific binding protein (Free). Here, we layout the first step in calculating FREE – measuring how strongly the specific protein binds the glucocorticoid.

Plasma glucocorticoids (GCs) are commonly used as measures of stress in wildlife. A great deal of evidence indicates that only free GC (GC not bound by the specific binding protein, corticosteroid-binding globulin, CBG) leaves the circulation and exerts biological effects on GC-sensitive tissues. Free hormone concentrations are difficult to measure directly, so researchers estimate free GC using two measures: the binding affinity and the binding capacity in plasma. We provide an inexpensive saturation binding method for calculating the binding affinity (equilibrium dissociation constant, K d) of CBG that can be run without specialized laboratory equipment. Given that other plasma proteins, such as albumin, also bind GCs, the method compensates for this non-specific binding. Separation of bound GC from free GC was achieved with dextran-coated charcoal. The method provides repeatable estimates (12% coefficient of variation in the red squirrel, Tamiasciurus hudsonicus), and there is little evidence of inter-individual variation in K d (range 2.0–7.3 nM for 16 Richardson's ground squirrels, Urocitellus richardsonii). The K d values of 28 mammalian species we assessed were mostly clustered around a median of 4 nM, but five species had values between 13 and 61 nM. This pattern may be distinct from birds, for which published values are more tightly distributed (1.5–5.1 nM). The charcoal separation method provides a reliable and robust method for measuring the K d in a wide range of species. It uses basic laboratory equipment to provide rapid results at very low cost. Given the importance of CBG in regulating the biological activity of GCs, this method is a useful tool for physiological ecologists.

Seasonal changes of the adrenocortical response to stress in birds of the Sonoran Desert.

M. J. Wingfield,  Aimee Moore,  Carol M Vleck (1992)
Many avian species of the North American Sonoran desert, e.g., the black-throated sparrow, Amphispiza bilineata, cactus wren, Campylorhynchus brunneicapillus, and curve-billed thrasher, Toxostoma curvirostre, can potentially breed from March/April to August. It is possible that, at least in summer, intense heat and aridity may have inhibitory effects on breeding by precipitating a stress response. Stress typically results in a rise in secretion of adrenocorticosteroid hormones that then inhibit reproduction by suppressing release of gonadal hormones. However, we found that plasma levels of corticosterone were not higher during summer, compared with winter, even in 1989 when summer temperatures were higher than normal. In June 1990, temperatures were also above normal and soared to the highest level recorded in Arizona (50 degrees C). Plasma levels of corticosterone during June were high in black-throated sparrows, but less so in two other species (Abert's towhee, Pipilo aberti, and Inca dove, Scardafella inca) found in more shady riparian and suburban habitat with constant access to water. The adrenocortical response to stress (as measured by the rate of corticosterone increase following capture) was reduced in the hottest summer months in black-throated sparrows, cactus wrens, and curve-billed thrashers, but less so in Abert's towhee an Inca dove. These data suggest that at least some birds breeding in the open desert with restricted access to water are able to suppress the classical adrenocortical response to stress. The response is then reactivated in winter after breeding has ceased. It is possible that this stress modulation may allow breeding to continue despite severe heat. Analysis of plasma from these species indicated that the apparent modulation of the adrenocortical response to stress was not an artifact of reduced affinity or capacity of corticosterone binding proteins.

Stress and mortality in a small marsupial (Antechinus stuartii, Macleay).