Impact of Demographic Features, Lifestyle, and Comorbidities on the Clinical Expression of Hypertrophic Cardiomyopathy 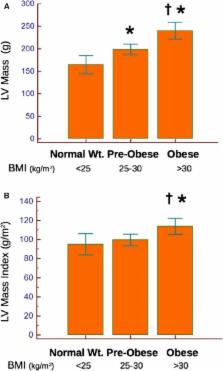 Katharina Wolf-Maier, Richard Cooper, José R. Banegas … (2003)
Geographic variations in cardiovascular disease (CVD) and associated risk factors have been recognized worldwide. However, little attention has been directed to potential differences in hypertension between Europe and North America. To determine whether higher blood pressure (BP) levels and hypertension are more prevalent in Europe than in the United States and Canada. Sample surveys that were national in scope and conducted in the 1990s were identified in Germany, Finland, Sweden, England, Spain, Italy, Canada, and the United States. Collaborating investigators provided tabular data in a consistent format by age and sex for persons at least 35 years of age. Population registries were the main basis for sampling. Survey sizes ranged from 1800 to 23 100, with response rates of 61% to 87.5%. The data were analyzed to provide age-specific and age-adjusted estimates of BP and hypertension prevalence by country and region (eg, European vs North American). Blood pressure levels and prevalence of hypertension in Europe, the United States, and Canada. Average BP was 136/83 mm Hg in the European countries and 127/77 mm Hg in Canada and the United States among men and women combined who were 35 to 74 years of age. This difference already existed among younger persons (35-39 years) in whom treatment was uncommon (ie, 124/78 mm Hg and 115/75 mm Hg, respectively), and the slope with age was steeper in the European countries. For all age groups, BP measurements were lowest in the United States and highest in Germany. The age- and sex-adjusted prevalence of hypertension was 28% in the North American countries and 44% in the European countries at the 140/90 mm Hg threshold. The findings for men and women by region were similar. Hypertension prevalence was strongly correlated with stroke mortality (r = 0.78) and more modestly with total CVD (r = 0.44). Despite extensive research on geographic patterns of CVD, the 60% higher prevalence of hypertension in Europe compared with the United States and Canada has not been generally appreciated. The implication of this finding for national prevention strategies should be vigorously explored.

Etiology of Sudden Death in Sports: Insights From a United Kingdom Regional Registry.