Use of supraglottic airway devices in paediatric patients in the Indian context – some we know, some we need to know and march ahead 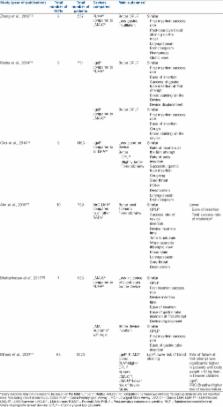 Enhancing surveys of health care professionals: a meta-analysis of techniques to improve response.

Timothy Johnson,  Jun Cho,  Jonathan B VanGeest (2013)
Surveys involving health care providers are characterized by low and declining response rates (RRs), and researchers have utilized various strategies to increase survey RRs among health professionals. Based on 48 studies with 156 subgroups of within-study conditions, a multilevel meta-regression analysis was conducted to summarize the effects of different strategies employed in surveys of health professionals. An estimated overall survey RR among health professionals was 0.53 with a significant downward trend during the last half century. Of the variables that were examined, mode of data collection, incentives, and number of follow-up attempts were all found to be significantly related to RR. The mail survey mode was more effective in improving RR, compared to the online or web survey mode. Relative to the non-incentive subgroups, subgroups receiving monetary incentives were more likely to respond, while nonmonetary incentive groups were not significantly different from non-incentive groups. When number of follow-ups was considered, the one or two attempts of follow-up were found to be effective in increasing survey RR among health professionals. Having noted challenges associated with surveying health professionals, researchers must make every effort to improve access to their target population by implementing appropriate incentive- and design-based strategies demonstrated to improve participation rates.

A quick guide to survey research

TL Jones,  MAJ Baxter,  V. Khanduja (2013)
Questionnaires are a very useful survey tool that allow large populations to be assessed with relative ease. Despite a widespread perception that surveys are easy to conduct, in order to yield meaningful results, a survey needs extensive planning, time and effort. In this article, we aim to cover the main aspects of designing, implementing and analysing a survey as well as focusing on techniques that would improve response rates.