Plant glyco-biotechnology on the way to synthetic biology 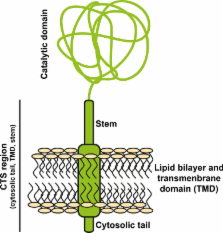 Biological roles of oligosaccharides: all of the theories are correct

Ajit Varki (1993)
Abstract Many different theories have been advanced concerning the biological roles of the oligosaccharide units of individual classes of glycoconjugates. Analysis of the evidence indicates that while all of these theories are correct, exceptions to each can also be found. The biological roles of oligosaccharides appear to span the spectrum from those that are trivial, to those that are crucial for the development, growth, function or survival of an organism. Some general principles emerge. First, it is difficult to predict a priori the functions a given oligosaccharide on a given glycoconjugate might be mediating, or their relative importance to the organism. Second, the same oligosaccharide sequence may mediate different functions at different locations within the same organism, or at different times in its ontogeny or life cycle. Third, the more specific and crucial biological roles of oligosaccharides are often mediated by unusual oligosaccharide sequences, unusual presentations of common terminal sequences, or by further modifications of the sugars themselves. However, such oligosaccharide sequences are also more likely to be targets for recognition by pathogenic toxins and microorganisms. As such, they are subject to more intra- and inter-species variation because of ongoing host—pathogen interactions during evolution. In the final analysis, the only common features of the varied functions of oligosaccharides are that they either mediate ‘specific recognition’ events or that they provide ‘modulation’ of biological processes. In so doing, they generate much of the functional diversity required for the development and differentiation of complex organisms, and for their interactions with other organisms in the environment.

Glycosylation in cellular mechanisms of health and disease.

Jamey Marth,  Kazuaki Ohtsubo (2006)
Glycosylation produces an abundant, diverse, and highly regulated repertoire of cellular glycans that are frequently attached to proteins and lipids. The past decade of research on glycan function has revealed that the enzymes responsible for glycosylation-the glycosyltransferases and glycosidases-are essential in the development and physiology of living organisms. Glycans participate in many key biological processes including cell adhesion, molecular trafficking and clearance, receptor activation, signal transduction, and endocytosis. This review discusses the increasingly sophisticated molecular mechanisms being discovered by which mammalian glycosylation governs physiology and contributes to disease.

Merja Helenius,  M. Aebi (2001)
N-linked oligosaccharides arise when blocks of 14 sugars are added cotranslationally to newly synthesized polypeptides in the endoplasmic reticulum (ER). These glycans are then subjected to extensive modification as the glycoproteins mature and move through the ER via the Golgi complex to their final destinations inside and outside the cell. In the ER and in the early secretory pathway, where the repertoire of oligosaccharide structures is still rather small, the glycans play a pivotal role in protein folding, oligomerization, quality control, sorting, and transport. They are used as universal "tags" that allow specific lectins and modifying enzymes to establish order among the diversity of maturing glycoproteins. In the Golgi complex, the glycans acquire more complex structures and a new set of functions. The division of synthesis and processing between the ER and the Golgi complex represents an evolutionary adaptation that allows efficient exploitation of the potential of oligosaccharides.

This article was submitted to Plant Physiology, a section of the journal Frontiers in Plant Science.