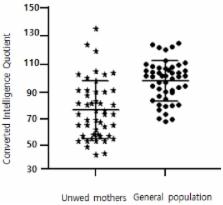 Ronald C Kessler, Lenard Adler, Michael Gruber … (2007)
The validity of the six-question World Health Organization Adult ADHD Self-Report Scale (ASRS) Screener was assessed in a sample of subscribers to a large health plan in the US. A convenience subsample of 668 subscribers was administered the ASRS Screener twice to assess test-retest reliability and then a third time in conjunction with a clinical interviewer for DSM-IV adult ADHD. The data were weighted to adjust for discrepancies between the sample and the population on socio-demographics and past medical claims. Internal consistency reliability of the continuous ASRS Screener was in the range 0.63-0.72 and test-retest reliability (Pearson correlations) in the range 0.58-0.77. A four-category version The ASRS Screener had strong concordance with clinician diagnoses, with an area under the receiver operating characteristic curve (AUC) of 0.90. The brevity and ability to discriminate DSM-IV cases from non-cases make the six-question ASRS Screener attractive for use both in community epidemiological surveys and in clinical outreach and case-finding initiatives. Copyright (c) 2007 John Wiley & Sons, Ltd.

Ana Korol, A. Léonard, M Vary … (1991)
Psychiatric reports of 179 children aged 2 to 15 who were exposed to the Buffalo Creek dam collapse in 1972 were rated for post-traumatic stress disorder (PTSD) symptoms 2 years after the disaster. Age and gender effects and the impact of the level of exposure and parental functioning were examined according to a conceptual model addressing factors contributing to adaptation to a traumatic event. Results showed fewer PTSD symptoms in the youngest age group and higher symptom levels for girls than boys. Approximately 37% of the children were given a "probable" diagnosis of PTSD. Multiple regression analysis showed that life threat, gender, parental psychopathology, and an irritable and/or depressed family atmosphere all contributed to the prediction of PTSD symptomatology in the children.