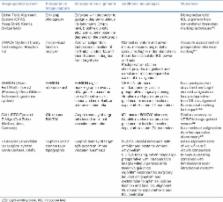 Toric intraocular lenses (IOLs) are the procedure of choice to correct corneal astigmatism of 1 D or more in cases undergoing cataract surgery. Comprehensive literature search was performed in MEDLINE using “toric intraocular lenses,” “astigmatism,” and “cataract surgery” as keywords. The outcomes after toric IOL implantation are influenced by numerous factors, right from the preoperative case selection and investigations to accurate intraoperative alignment and postoperative care. Enhanced accuracy of keratometry estimation may be achieved by taking multiple measurements and employing at least two separate devices based on different principles. The importance of posterior corneal curvature is increasingly being recognized in various studies, and newer investigative modalities that account for both the anterior and posterior corneal power are becoming the standard of care. An ideal IOL power calculation formula should take into account the surgically induced astigmatism, the posterior corneal curvature as well as the effective lens position. Conventional manual marking has given way to image-guided systems and intraoperative aberrometry, which provide a mark-less IOL alignment and also aid in planning the incisions, capsulorhexis size, and optimal IOL centration. Postoperative toric IOL misalignment is the major factor responsible for suboptimal visual outcomes after toric IOL implantation. Realignment of the toric IOL is needed in 0.65%–3.3% cases, with more than 10° of rotation from the target axis. Newer toric IOLs have enhanced rotational stability and provide precise visual outcomes with minimal higher order aberrations.

Teresa Ferrer-Blasco,  Robert Montés-Micó,  Sofia C. Peixoto-de-Matos … (2009)
To analyze the prevalence and presentation patterns of corneal astigmatism in cataract surgery candidates. University of Valencia, Valencia, Spain. Refractive and keratometric values were measured before surgery in patients having cataract extraction. Descriptive statistics of refractive and keratometric cylinder data were analyzed and correlated by age ranges. Refractive and keratometric data from 4,540 eyes of 2,415 patients (mean age 60.59 years +/- 9.87 [SD]; range 32 to 87 years) differed significantly when the patients were divided into 10-year subsets. There was a trend toward less negative corneal astigmatism values, except the steepest corneal radius and the J(45) vector component, in older groups (Kruskal-Wallis, P<.01). In 13.2% of eyes, no corneal astigmatism was present; in 64.4%, corneal astigmatism was between 0.25 and 1.25 diopters (D) and in 22.2%, it was 1.50 D or higher. Corneal astigmatism less than 1.25 D was present in most cataract surgery candidates; it was higher in about 22%, with slight differences between the various age ranges. This information is useful for intraocular lens (IOL) manufacturers to evaluate which age ranges concentrate the parameters most frequently needed in sphere and cylinder powers and for surgeons to evaluate which IOLs provide the most effective power range.

Mitchell Weikert,  Li-Hsueh Wang,  Robert B. Jenkins … (2013)
To evaluate the impact of posterior corneal astigmatism on outcomes with toric intraocular lenses (IOLs). Cullen Eye Institute, Baylor College of Medicine, Houston, Texas, USA. Case series. Corneal astigmatism was measured using 5 devices before and 3 weeks after cataract surgery. Toric IOL alignment was recorded at surgery and at the slitlamp 3 weeks postoperatively. The actual corneal astigmatism was calculated based on refractive astigmatism 3 weeks postoperatively and the effective toric power calculated with the Holladay 2 formula. The prediction error was calculated as the difference between the astigmatism measured by each device and the actual corneal astigmatism. Vector analysis was used in all calculations. With the IOLMaster, Lenstar, Atlas, manual keratometer, and Galilei (combined Placido-dual Scheimpflug analyzer), the mean prediction errors (D) were, respectively, 0.59 @ 89.7, 0.48 @ 91.2, 0.51 @ 78.7, 0.62 @ 97.2, and 0.57 @ 93.9 for with-the-rule (WTR) astigmatism (60 to 120 degrees), and 0.17 @ 86.2, 0.23 @ 77.7, 0.23 @ 91.4, 0.41 @ 58.4, and 0.12 @ 7.3 for against-the-rule (ATR) astigmatism (0 to 30 degrees and 150 to 180 degrees). In the WTR eyes, there were significant WTR prediction errors (0.5 to 0.6 diopters [D]) by all devices. In ATR eyes, WTR prediction errors were 0.2 to 0.3 D by all devices except the Placido-dual Scheimpflug analyzer (all P<.05 with Bonferroni correction). Corneal astigmatism was overestimated in WTR by all devices and underestimated in ATR by all except the Placido-dual Scheimpflug analyzer. A new toric IOL nomogram is proposed. Copyright © 2013 ASCRS and ESCRS. Published by Elsevier Inc. All rights reserved.