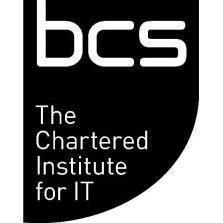 Over the last years, Industrial Control Systems (ICS) have become increasingly exposed to a wide range of cyber-physical threats. Efficient models and techniques able to capture their complex structure and identify critical cyber-physical components are therefore essential. AND/OR graphs have proven very useful in this context as they are able to semantically grasp intricate logical interdependencies among ICS components. However, identifying critical nodes in AND/OR graphs is an NP-complete problem. In addition, ICS settings normally involve various cyber and physical security measures that simultaneously protect multiple ICS components in overlapping manners, which makes this problem even harder. In this paper, we present an extended security metric based on AND/OR hypergraphs which efficiently identifies the set of critical ICS components and security measures that should be compromised, with minimum cost (effort) for an attacker, in order to disrupt the operation of vital ICS assets. Our approach relies on MAX-SAT techniques, which we have incorporated in META4ICS, a Java-based security metric analyser for ICS. We also provide a thorough performance evaluation that shows the feasibility of our method. Finally, we illustrate our methodology through a case study in which we analyse the security posture of a realistic Water Transport Network (WTN).

Battle of the Water Calibration Networks

Use of Attack Graphs in Security Systems

Chris B. Simmons,  Sajjan Shiva,  Vivek Shandilya (2014)
Attack graphs have been used to model the vulnerabilities of the systems and their potential exploits. The successful exploits leading to the partial/total failure of the systems are subject of keen security interest. Considerable effort has been expended in exhaustive modeling, analyses, detection, and mitigation of attacks. One prominent methodology involves constructing attack graphs of the pertinent system for analysis and response strategies. This not only gives the simplified representation of the system, but also allows prioritizing the security properties whose violations are of greater concern, for both detection and repair. We present a survey and critical study of state-of-the-art technologies in attack graph generation and use in security system. Based on our research, we identify the potential, challenges, and direction of the current research in using attack graphs.