TEM β-lactamase confers bacteria with resistance to many antibiotics and rapidly evolves activity against new drugs. However, functional changes are not easily explained by differences in crystal structures. We employ Markov state models to identify hidden conformations and explore their role in determining TEM’s specificity. We integrate these models with existing drug-design tools to create a new technique, called Boltzmann docking, which better predicts TEM specificity by accounting for conformational heterogeneity. Using our MSMs, we identify hidden states whose populations correlate with activity against cefotaxime. To experimentally detect our predicted hidden states, we use rapid mass spectrometric footprinting and confirm our models’ prediction that increased cefotaxime activity correlates with reduced Ω-loop flexibility. Finally, we design novel variants to stabilize the hidden cefotaximase states, and find their populations predict activity against cefotaxime in vitro and in vivo. Therefore, we expect this framework to have numerous applications in drug and protein design. 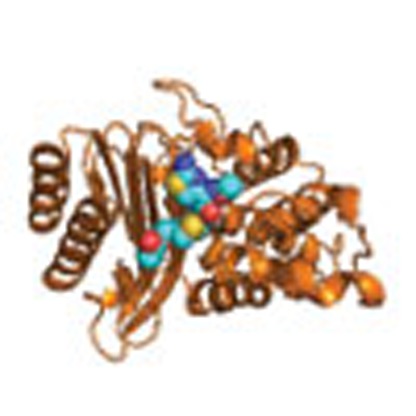 Benjamin Webb,  Andrej Sali,  Elisabeth Webb (2013)
Functional characterization of a protein sequence is one of the most frequent problems in biology. This task is usually facilitated by accurate three-dimensional (3-D) structure of the studied protein. In the absence of an experimentally determined structure, comparative or homology modeling can sometimes provide a useful 3-D model for a protein that is related to at least one known protein structure. Comparative modeling predicts the 3-D structure of a given protein sequence (target) based primarily on its alignment to one or more proteins of known structure (templates). The prediction process consists of fold assignment, target-template alignment, model building, and model evaluation. This unit describes how to calculate comparative models using the program MODELLER and discusses all four steps of comparative modeling, frequently observed errors, and some applications. Modeling lactate dehydrogenase from Trichomonas vaginalis (TvLDH) is described as an example. The download and installation of the MODELLER software is also described. Curr. Protoc. Bioinform. 47:5.6.1-5.6.32. © 2014 by John Wiley & Sons, Inc. Copyright © 2014 John Wiley & Sons, Inc.

Neil Kay,  Dorothee Kern,  Dmitry M Korzhnev … (2005)
A unique feature of chemical catalysis mediated by enzymes is that the catalytically reactive atoms are embedded within a folded protein. Although current understanding of enzyme function has been focused on the chemical reactions and static three-dimensional structures, the dynamic nature of proteins has been proposed to have a function in catalysis. The concept of conformational substates has been described; however, the challenge is to unravel the intimate linkage between protein flexibility and enzymatic function. Here we show that the intrinsic plasticity of the protein is a key characteristic of catalysis. The dynamics of the prolyl cis-trans isomerase cyclophilin A (CypA) in its substrate-free state and during catalysis were characterized with NMR relaxation experiments. The characteristic enzyme motions detected during catalysis are already present in the free enzyme with frequencies corresponding to the catalytic turnover rates. This correlation suggests that the protein motions necessary for catalysis are an intrinsic property of the enzyme and may even limit the overall turnover rate. Motion is localized not only to the active site but also to a wider dynamic network. Whereas coupled networks in proteins have been proposed previously, we experimentally measured the collective nature of motions with the use of mutant forms of CypA. We propose that the pre-existence of collective dynamics in enzymes before catalysis is a common feature of biocatalysts and that proteins have evolved under synergistic pressure between structure and dynamics.