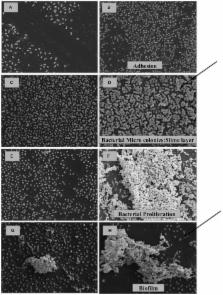 Introduction: Acinetobacter baumannii is an opportunistic nosocomial pathogen associated with multiple infections. This pathogen usually colonizes (first stage of microbial infection) host tissues that are in contact with the external environment. As one of the sites of entry in human hosts is the gastrointestinal tract, the pathogen must be capable of tolerating bile salts. However, studies analyzing the molecular characteristics involved in the response to bile salts in clinical strains of A. baumannii are scarce.

Material and Methods: Microbiological and transcriptional studies (arrays and RT-PCR) in the response to bile salts were carried out in isogenic ( A. baumanni Δ adeB ATCC 17978 and A. baumannii Δ adeL ATCC 17978) and clinical strains from clone ST79/PFGE-HUI-1 which is characterized by lacking the AdeABC efflux pump and by overexpression the AdeFGH efflux pump.

Results and Discussion: In presence of bile salts, in addition to the glutamate/aspartate transporter were found overexpressed in A. baumannii Δ adeB ATCC 17978, the virulence factors (surface motility, biofilm, and Type VI Secretion System) which are associated with activation of the Quorum Sensing system. Overexpression of these factors was confirmed in clinical strains of clone ST79/PFGE-HUI-1.

Luísa C.S. Antunes,  Paolo Visca,  Kevin Towner (2014)
Acinetobacter baumannii is an opportunistic nosocomial pathogen and one of the six most important multidrug-resistant microorganisms in hospitals worldwide. This human pathogen is responsible for a vast array of infections, of which ventilator-associated pneumonia and bloodstream infections are the most common, and mortality rates can reach 35%. Community-acquired infections have also been reported, but few strains have been recovered from environmental sources and infection reservoirs external to the hospital have not been identified. The majority of A. baumannii infections are caused by two main population clones with worldwide distribution. Infection outbreaks are often associated with multidrug resistance, including the recent emergence of strains resistant to all available antibiotics. Nevertheless, A. baumannii virulence traits and pathogenic potential have mostly remained elusive. The recent expansion of A. baumannii sequenced genomes has permitted the development of large-array phylogenomic and phenotypic analyses, which can offer valuable insights into the evolution and adaptation of A. baumannii as a human pathogen. This review summarises these recent advances, with particular focus on A. baumannii evolutionary and genomic aspects, and proposes new avenues of research. © 2013 Federation of European Microbiological Societies. Published by John Wiley & Sons Ltd. All rights reserved.

The Acinetobacter baumannii 19606 OmpA protein plays a role in biofilm formation on abiotic surfaces and in the interaction of this pathogen with eukaryotic cells.

Jennifer Gaddy,  Andrew P. Tomaras,  Luis A. Actis (2009)
The ability of Acinetobacter baumannii to adhere to and persist on surfaces as biofilms could be central to its pathogenicity. The production of pili and a biofilm-associated protein and the expression of antibiotic resistance are needed for robust biofilm formation on abiotic and biotic surfaces. This multistep process also depends on the expression of transcriptional regulatory functions, some of which could sense nutrients available to cells. This report extends previous observations by showing that although outer membrane protein A (OmpA) of A. baumannii 19606 plays a partial role in the development of robust biofilms on plastic, it is essential for bacterial attachment to Candida albicans filaments and A549 human alveolar epithelial cells. In contrast to abiotic surfaces, the interaction with biotic surfaces is independent of the CsuA/BABCDE-mediated pili. The interaction of A. baumannii 19606 with fungal and epithelial cells also results in their apoptotic death, a response that depends on the direct contact of bacteria with these two types of eukaryotic cells. Furthermore, the bacterial adhesion phenotype correlates with the ability of bacteria to invade A549 epithelial cells. Interestingly, the killing activity of cell-free culture supernatants proved to be protease and temperature sensitive, suggesting that its cytotoxic activity is due to secreted proteins, some of which are different from OmpA.

Bruno Périchon,  Sébastien Coyne,  Patrice Courvalin (2011)
Among Acinetobacter spp., A. baumannii is the most frequently implicated in nosocomial infections, in particular in intensive care units. It was initially thought that multidrug resistance (MDR) in this species was due mainly to horizontal acquisition of resistance genes. However, it has recently become obvious that increased expression of chromosomal genes for efflux systems plays a major role in MDR. Among the five superfamilies of pumps, resistance-nodulation-division (RND) systems are the most prevalent in multiply resistant A. baumannii. RND pumps typically exhibit a wide substrate range that can include antibiotics, dyes, biocides, detergents, and antiseptics. Overexpression of AdeABC, secondary to mutations in the adeRS genes encoding a two-component regulatory system, constitutes a major mechanism of multiresistance in A. baumannii. AdeIJK, intrinsic to this species, is responsible for natural resistance, but since overexpression above a certain threshold is toxic for the host, its contribution to acquired resistance is minimal. The recently described AdeFGH, probably regulated by a LysR-type transcriptional regulator, also confers multidrug resistance when overexpressed. Non-RND efflux systems, such as CraA, AmvA, AbeM, and AbeS, have also been characterized for A. baumannii, as have AdeXYZ and AdeDE for other Acinetobacter spp. Finally, acquired narrow-spectrum efflux pumps, such as the major facilitator superfamily (MFS) members TetA, TetB, CmlA, and FloR and the small multidrug resistance (SMR) member QacE in Acinetobacter spp., have been detected and are mainly encoded by mobile genetic elements.