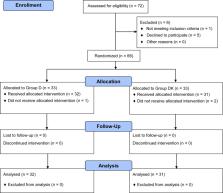 Shadad M. Mahmoud,  K Mason (2015)
Despite lack of paediatric labelling, contributions to the literature on paediatric applications of dexmedetomidine have increased over recent years. Dexmedetomidine possesses many properties that are advantageous for a sedative and anaesthetic; it has been reported to provide sedation that parallels natural sleep, anxiolysis, analgesia, sympatholysis, and an anaesthetic-sparing effect with minimal respiratory depression. In addition, there is increasing evidence supporting its organ-protective effects against ischaemic and hypoxic injury. These favourable physiological effects combined with a limited adverse effect profile make dexmedetomidine an attractive adjunct to anaesthesia (general and regional) for a variety of procedures in paediatric operating rooms. A comprehensive understanding of the pharmacological, pharmacokinetic, and pharmacodynamic effects of dexmedetomidine is critical to maximize its safe, efficacious, and efficient paediatric perioperative applications. This review focuses on the current paediatric perioperative and periprocedural applications of dexmedetomidine and its limitations, with a consideration for the future.

Shakir Al Shrari,  S A Sheta,  A Abdelhalim (2014)
This prospective, randomized, double-blind study was designed to evaluate the use of intranasally administered dexmedetomidine vs intranasal midazolam as a premedication in children undergoing complete dental rehabilitation. Seventy-two children of American Society of Anesthesiology classification (ASA) physical status (I & II), aged 3-6 years, were randomly assigned to one of two equal groups. Group M received intranasal midazolam (0.2 mg·kg(-1)), and group D received intranasal dexmedetomidine (1 μg·kg(-1)). The patients' sedation status, mask acceptance, and hemodynamic parameters were recorded by an observer until anesthesia induction. Recovery conditions, postoperative pain, and postoperative agitation were also recorded. The median onset of sedation was significantly shorter in group M 15 (10-25) min than in group D 25 (20-40) min (P = 0.001). Compared with the children in group M, those in group D were significantly more sedated when they were separated from their parents (77.8% vs 44.4%, respectively) (P = 0.002). Satisfactory compliance with mask application was 58.3% in group M vs 80.6% in group D (P = 0.035). The incidences of postoperative agitation and shivering were significantly lower in Group D compared with group M. Thirteen children (36.1%) in group M, showed signs of nasal irritation with teary eyes, and none of these signs was seen in the children in group D (P = 0.000). There were no incidences of bradycardia, hypotension, in either of the groups during study observation. Intranasal dexmedetomidine (1 μg·kg(-1)) is an effective and safe alternative for premedication in children; it resulted in superior sedation in comparison to 0.2 mg·kg(-1) intranasal midazolam. However, it has relatively prolonged onset of action. © 2013 John Wiley & Sons Ltd.

Nikolaos Pandis,  Bryan Chung,  Roberta Scherer … (2017)
Evidence shows that the quality of reporting of randomised controlled trials (RCTs) is not optimal. The lack of transparent reporting impedes readers from judging the reliability and validity of trial findings and researchers from extracting information for systematic reviews and results in research waste. The Consolidated Standards of Reporting Trials (CONSORT) statement was developed to improve the reporting of RCTs. Within person trials are used for conditions that can affect two or more body sites, and are a useful and efficient tool because the comparisons between interventions are within people. Such trials are most commonly conducted in ophthalmology, dentistry, and dermatology. The reporting of within person trials has, however, been variable and incomplete, hindering their use in clinical decision making and by future researchers. This document presents the CONSORT extension to within person trials. It aims to facilitate the reporting of these trials. It extends 16 items of the CONSORT 2010 checklist and introduces a modified flowchart and baseline table to enhance transparency. Examples of good reporting and evidence based rationale for CONSORT within person checklist items are provided.