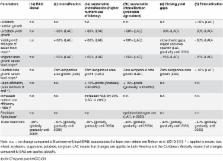 One of humanity’s major challenges of the 21st century will be meeting future food demands on an increasingly resource constrained-planet. Global food production will have to rise by 70 percent between 2000 and 2050 to meet effective demand which poses major challenges to food production systems. Doing so without compromising environmental integrity is an even greater challenge. This study looks at the interdependencies between land and water resources, agricultural production and environmental outcomes in Latin America and the Caribbean (LAC), an area of growing importance in international agricultural markets. Special emphasis is given to the role of LAC’s agriculture for (a) global food security and (b) environmental sustainability. We use the International Model for Policy Analysis of Agricultural Commodities and Trade (IMPACT)—a global dynamic partial equilibrium model of the agricultural sector—to run different future production scenarios, and agricultural trade regimes out to 2050, and assess changes in related environmental indicators. Results indicate that further trade liberalization is crucial for improving food security globally, but that it would also lead to more environmental pressures in some regions across Latin America. Contrasting land expansion versus more intensified agriculture shows that productivity improvements are generally superior to agricultural land expansion, from an economic and environmental point of view. Finally, our analysis shows that there are trade-offs between environmental and food security goals for all agricultural development paths.

Sally E. Green,  Ben Phalan,  Malvika Onial … (2011)
The question of how to meet rising food demand at the least cost to biodiversity requires the evaluation of two contrasting alternatives: land sharing, which integrates both objectives on the same land; and land sparing, in which high-yield farming is combined with protecting natural habitats from conversion to agriculture. To test these alternatives, we compared crop yields and densities of bird and tree species across gradients of agricultural intensity in southwest Ghana and northern India. More species were negatively affected by agriculture than benefited from it, particularly among species with small global ranges. For both taxa in both countries, land sparing is a more promising strategy for minimizing negative impacts of food production, at both current and anticipated future levels of production.

M Lenzen,  D. Moran,  K Kanemoto … (2012)
Human activities are causing Earth's sixth major extinction event-an accelerating decline of the world's stocks of biological diversity at rates 100 to 1,000 times pre-human levels. Historically, low-impact intrusion into species habitats arose from local demands for food, fuel and living space. However, in today's increasingly globalized economy, international trade chains accelerate habitat degradation far removed from the place of consumption. Although adverse effects of economic prosperity and economic inequality have been confirmed, the importance of international trade as a driver of threats to species is poorly understood. Here we show that a significant number of species are threatened as a result of international trade along complex routes, and that, in particular, consumers in developed countries cause threats to species through their demand of commodities that are ultimately produced in developing countries. We linked 25,000 Animalia species threat records from the International Union for Conservation of Nature Red List to more than 15,000 commodities produced in 187 countries and evaluated more than 5 billion supply chains in terms of their biodiversity impacts. Excluding invasive species, we found that 30% of global species threats are due to international trade. In many developed countries, the consumption of imported coffee, tea, sugar, textiles, fish and other manufactured items causes a biodiversity footprint that is larger abroad than at home. Our results emphasize the importance of examining biodiversity loss as a global systemic phenomenon, instead of looking at the degrading or polluting producers in isolation. We anticipate that our findings will facilitate better regulation, sustainable supply-chain certification and consumer product labelling.

Decoupling of deforestation and soy production in the southern Amazon during the late 2000s.

Ruth DeFries,  Yosio Shimabukuro,  D. Holmes Morton … (2012)
From 2006 to 2010, deforestation in the Amazon frontier state of Mato Grosso decreased to 30% of its historical average (1996-2005) whereas agricultural production reached an all-time high. This study combines satellite data with government deforestation and production statistics to assess land-use transitions and potential market and policy drivers associated with these trends. In the forested region of the state, increased soy production from 2001 to 2005 was entirely due to cropland expansion into previously cleared pasture areas (74%) or forests (26%). From 2006 to 2010, 78% of production increases were due to expansion (22% to yield increases), with 91% on previously cleared land. Cropland expansion fell from 10 to 2% of deforestation between the two periods, with pasture expansion accounting for most remaining deforestation. Declining deforestation coincided with a collapse of commodity markets and implementation of policy measures to reduce deforestation. Soybean profitability has since increased to pre-2006 levels whereas deforestation continued to decline, suggesting that antideforestation measures may have influenced the agricultural sector. We found little evidence of direct leakage of soy expansion into cerrado in Mato Grosso during the late 2000s, although indirect land-use changes and leakage to more distant regions are possible. This study provides evidence that reduced deforestation and increased agricultural production can occur simultaneously in tropical forest frontiers, provided that land is available and policies promote the efficient use of already-cleared lands (intensification) while restricting deforestation. It remains uncertain whether government- and industry-led policies can contain deforestation if future market conditions favor another boom in agricultural expansion.

Funding provided by Fundación Botin—CEIGRAM, Universidad Politécnica de Madrid (grant numbers: P12 0220c-003 and P13 0220c-008; URLs: www.ceigram.upm.es and www.fundacionbotin.org): IF BW AG, CGIAR Research Program on Water, Land and Ecosystems: HX GP CR and NDM received no specific funding for this work. The funders had no role in study design, data collection and analysis, decision to publish, or preparation of the manuscript.