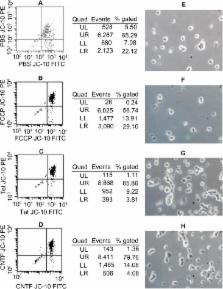 Glyn Chidlow,  Mark Graham,  John Wood … (2003)
Retinal ischemia is a common cause of visual impairment and blindness. At the cellular level, ischemic retinal injury consists of a self-reinforcing destructive cascade involving neuronal depolarisation, calcium influx and oxidative stress initiated by energy failure and increased glutamatergic stimulation. There is a cell-specific sensitivity to ischemic injury which may reflect variability in the balance of excitatory and inhibitory neurotransmitter receptors on a given cell. A number of animal models and analytical techniques have been used to study retinal ischemia, and an increasing number of treatments have been shown to interrupt the "ischemic cascade" and attenuate the detrimental effects of retinal ischemia. Thus far, however, success in the laboratory has not been translated to the clinic. Difficulties with the route of administration, dosage, and adverse effects may render certain experimental treatments clinically unusable. Furthermore, neuroprotection-based treatment strategies for stroke have so far been disappointing. However, compared to the brain, the retina exhibits a remarkable natural resistance to ischemic injury, which may reflect its peculiar metabolism and unique environment. Given the increasing understanding of the events involved in ischemic neuronal injury it is hoped that clinically effective treatments for retinal ischemia will soon be available.

Yossi Gilgun-Sherki,  Eldad Melamed,  Daniel Offen (2001)
Oxidative stress (OS) has been implicated in the pathophysiology of many neurological, particularly neurodegenerative diseases. OS can cause cellular damage and subsequent cell death because the reactive oxygen species (ROS) oxidize vital cellular components such as lipids, proteins, and DNA. Moreover, the brain is exposed throughout life to excitatory amino acids (such as glutamate), whose metabolism produces ROS, thereby promoting excitotoxicity. Antioxidant defense mechanisms include removal of O(2), scavenging of reactive oxygen/nitrogen species or their precursors, inhibition of ROS formation, binding of metal ions needed for the catalysis of ROS generation and up-regulation of endogenous antioxidant defenses. However, since our endogenous antioxidant defenses are not always completely effective, and since exposure to damaging environmental factors is increasing, it seems reasonable to propose that exogenous antioxidants could be very effective in diminishing the cumulative effects of oxidative damage. Antioxidants of widely varying chemical structures have been investigated as potential therapeutic agents. However, the therapeutic use of most of these compounds is limited since they do not cross the blood brain barrier (BBB). Although a few of them have shown limited efficiency in animal models or in small clinical studies, none of the currently available antioxidants have proven efficacious in a large-scale controlled study. Therefore, any novel antioxidant molecules designed as potential neuroprotective treatment in acute or chronic neurological disorders should have the mandatory prerequisite that they can cross the BBB after systemic administration.

R Sattler,  M Tymianski (2015)
Excitotoxicity is one of the most extensively studied processes of neuronal cell death, and plays an important role in many central nervous system (CNS) diseases, including CNS ischemia, trauma, and neurodegenerative disorders. First described by Olney, excitotoxicity was later characterized as an excessive synaptic release of glutamate, which in turn activates postsynaptic glutamate receptors. While almost every glutamate receptor subtype has been implicated in mediating excitotoxic cell death, it is generally accepted that the N-methyl-D-aspartate (NMDA) subtypes play a major role, mainly owing to their high calcium (Ca2+) permeability. However, other glutamate receptor subtypes such as 2-amino-3-(3-hydroxy-5-methylisoxazol-4-yl) propionate (AMPA) or kainate receptors have also been attributed a critical role in mediating excitotoxic neuronal cell death. Although the molecular basis of glutamate toxicity is uncertain, there is general agreement that it is in large part Ca(2+)-dependent. The present review is aimed at summarizing the molecular mechanisms of NMDA receptor and AMPA/kainate receptor-mediated excitotoxic neuronal cell death.