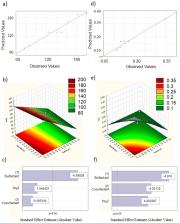 The increasing development of resistance of Candida species to traditional drugs represents a great challenge to the medical field for the treatment of skin infections. Essential oils were recently proposed to increase drug effectiveness. Herein, we developed and optimized (2 3 full factorial design) Mediterranean essential oil ( Rosmarinus officinalis, Lavandula x intermedia “Sumian”, Origanum vulgare subsp. hirtum) lipid nanoparticles for clotrimazole delivery, exploring the potential synergistic effects against Candida spp. Small sized nanoparticles (<100 nm) with a very broad size distribution (PDI < 0.15) and long-term stability were successfully prepared. Results of the in vitro biosafety on HaCaT (normal cell line) and A431 (tumoral cell line), allowed us to select Lavandula and Rosmarinus as anti-proliferative agents with the potential to be used as co-adjuvants in the treatment of non-tumoral proliferative dermal diseases. Results of calorimetric studies on biomembrane models, confirmed the potential antimicrobial activity of the selected oils due to their interaction with membrane permeabilization. Nanoparticles provided a prolonged in vitro release of clotrimazole. In vitro studies against Candida albicans, Candida krusei and Candida parapsilosis, showed an increase of the antifungal activity of clotrimazole-loaded nanoparticles prepared with Lavandula or Rosmarinus, thus confirming nanostructured lipid carriers (NLC) containing Mediterranean essential oils represent a promising strategy to improve drug effectiveness against topical candidiasis.

H Dwight Cavanagh,  Darren J. Wilkinson (2002)
Essential oils distilled from members of the genus Lavandula have been used both cosmetically and therapeutically for centuries with the most commonly used species being L. angustifolia, L. latifolia, L. stoechas and L. x intermedia. Although there is considerable anecdotal information about the biological activity of these oils much of this has not been substantiated by scientific or clinical evidence. Among the claims made for lavender oil are that is it antibacterial, antifungal, carminative (smooth muscle relaxing), sedative, antidepressive and effective for burns and insect bites. In this review we detail the current state of knowledge about the effect of lavender oils on psychological and physiological parameters and its use as an antimicrobial agent. Although the data are still inconclusive and often controversial, there does seem to be both scientific and clinical data that support the traditional uses of lavender. However, methodological and oil identification problems have severely hampered the evaluation of the therapeutic significance of much of the research on Lavandula spp. These issues need to be resolved before we have a true picture of the biological activities of lavender essential oil. Copyright 2002 John Wiley & Sons, Ltd.

V. B. Patravale,  Prajna R. Kulkarni,  Abhijit Date (2004)
Nanosuspensions have emerged as a promising strategy for the efficient delivery of hydrophobic drugs because of their versatile features and unique advantages. Techniques such as media milling and high-pressure homogenization have been used commercially for producing nanosuspensions. Recently, the engineering of nanosuspensions employing emulsions and microemulsions as templates has been addressed in the literature. The unique features of nanosuspensions have enabled their use in various dosage forms, including specialized delivery systems such as mucoadhesive hydrogels. Rapid strides have been made in the delivery of nanosuspensions by parenteral, peroral, ocular and pulmonary routes. Currently, efforts are being directed to extending their applications in site-specific drug delivery.

Interaction of four monoterpenes contained in essential oils with model membranes: implications for their antibacterial activity.

Mariateresa Cristani,  Giuseppe Bisignano,  Dorotea Micieli … (2007)
The present article reports the antimicrobial efficacy of four monoterpenes (thymol, carvacrol, p-cymene, and gamma-terpinene) against the Gram-positive bacterium Staphylococcus aureus and the Gram-negative bacterium Escherichia coli. For a better understanding of their mechanism of action, the damage caused by these four monoterpenes on biomembranes was evaluated by monitoring the release, following exposure to the compounds under study, of the water-soluble fluorescent marker carboxyfluorescein (CF) from large unilamellar vesicles (LUVs) with different lipidic composition (phosphatidylcholine, PC, phosphatidylcholine/phosphatidylserine, PC/PS, 9:1; phosphatidylcholine/stearylamine, PC/SA, 9:1). Furthermore, the interaction of these terpenes with dimyristoylphosphatidylcholine multilamellar vesicles as model membranes was monitored by means of differential scanning calorimetry (DSC) technique. Finally, the results were related also with the relative lipophilicity and water solubility of the compounds examined. We observed that thymol is considerably more toxic against S. aureus than the other three terpenes, while carvacrol and p-cymene are the most inhibitory against E. coli. Thymol and carvacrol, but not gamma-terpinene and p-cymene, caused a concentration-dependent CF leakage from all kinds of LUVs employed; in particular, thymol was more effective on PC and PC/SA LUVS than on PC/PS vesicles, while carvacrol challenge evoked a CF leakage from PC/PS LUVs similar to that induced from PC/SA LUVs, and lower than that measured with PC vesicles. Concerning DSC experiments, these four terpenes caused a decrease in Tm and (especially carvacrol and p-cymene) DeltaH values, very likely acting as substitutional impurities. Taken together, our findings lead us to speculate that the antimicrobial effect of thymol, carvacrol, p-cymene, and gamma-terpinene may result, partially at least, from a gross perturbation of the lipidic fraction of the plasmic membrane of the microorganism. In addition to being related to the physicochemical characteristics of the compounds (such as lipophilicity and water solubility), this effect seems to be dependent on the lipidic composition and net surface charge of the microbic membranes. Furthermore, the compounds might cross the cell membranes, thus penetrating into the interior of the cell and interacting with intracellular sites critical for antibacterial activity.