Oxidant/antioxidant status, paraoxonase activity, and lipid profile in plasma of ovariectomized rats under the influence of estrogen, estrogen combined with progesterone, and genistein 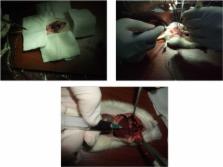 The aim of this study was to investigate whether estradiol (E2), E2 combined with progesterone (Prog) (E2/Prog), and genistein (Gen) treatment had antioxidative and anti-hyperlipidemic effects in the plasma of ovariectomized (OVX) rats.

Gen treatment might be preferred to E2 treatment for treatment of menopausal symptoms in patients at risk for cardiovascular diseases. However, considering the small sample size of this study, larger studies are needed in this area.

Eric Vittinghoff,  David Waters,  Nanette K. Wenger … (2002)
The Heart and Estrogen/progestin Replacement Study (HERS) found no overall reduction in risk of coronary heart disease (CHD) events among postmenopausal women with CHD. However, in the hormone group, findings did suggest a higher risk of CHD events during the first year, and a decreased risk during years 3 to 5. To determine if the risk reduction observed in the later years of HERS persisted and resulted in an overall reduced risk of CHD events with additional years of follow-up. Randomized, blinded, placebo-controlled trial of 4.1 years' duration (HERS) and subsequent unblinded follow-up for 2.7 years (HERS II) conducted at outpatient and community settings at 20 US clinical centers. A total of 2763 postmenopausal women with CHD and average age of 67 years at enrollment in HERS; 2321 women (93% of those surviving) consented to follow-up in HERS II. Participants were randomly assigned to receive 0.625 mg/d of conjugated estrogens and 2.5 mg of medroxyprogesterone acetate (n = 1380), or placebo (n = 1383) during HERS; open-label hormone therapy was prescribed at personal physicians' discretion during HERS II. The proportions with at least 80% adherence to hormones declined from 81% (year 1) to 45% (year 6) in the hormone group, and increased from 0% (year 1) to 8% (year 6) in the placebo group. The primary outcome was nonfatal myocardial infarction and CHD death. Secondary cardiovascular events were coronary revascularization, hospitalization for unstable angina or congestive heart failure, nonfatal ventricular arrhythmia, sudden death, stroke or transient ischemic attack, and peripheral arterial disease. There were no significant decreases in rates of primary CHD events or secondary cardiovascular events among women assigned to the hormone group compared with the placebo group in HERS, HERS II, or overall. The unadjusted relative hazard (RH) for CHD events in HERS was 0.99 (95% confidence interval [CI], 0.81-1.22); HERS II, 1.00 (95% CI, 0.77-1.29); and overall, 0.99 (0.84-1.17). The overall RHs were similar after adjustment for potential confounders and differential use of statins between treatment groups (RH, 0.97; 95% CI, 0.82-1.14), and in analyses restricted to women who were adherent to randomized treatment assignment (RH, 0.96; 95% CI, 0.77-1.19). Lower rates of CHD events among women in the hormone group in the final years of HERS did not persist during additional years of follow-up. After 6.8 years, hormone therapy did not reduce risk of cardiovascular events in women with CHD. Postmenopausal hormone therapy should not be used to reduce risk for CHD events in women with CHD.

Jesse McLean (2009)
Experimental studies indicate that the proinflammatory cytokines interleukin-1, interleukin-6, and tumor necrosis factor-alpha are important regulators of bone resorption and may play an important role in age- and estrogen deficiency-related bone loss. Although the observation of accelerated bone loss in patients with inflammatory disorders supports this mechanism, the role of cytokines in the etiology of osteoporosis has yet to be determined. Elucidation of this potential relationship could not only provide clinicians with an additional tool to identify patients at risk for osteoporosis, but may also inform the development of cytokine-blocking therapies as potential interventions to curb bone loss. Although some epidemiologic studies suggest increases in proinflammatory cytokines are associated with decreased bone mass and greater fracture risk, the totality of evidence is limited and provides no clear indication of which cytokines may be most important for bone health. Additional studies are required to establish if inflammation is an important risk factor for osteoporosis.

D Tham,  C Gardner,  W Haskell (1998)
Phytoestrogens represent a family of plant compounds that have been shown to have both estrogenic and antiestrogenic properties. A variety of these plant compounds and their mammalian metabolic products have been identified in various human body fluids and fall under two main categories: isoflavones and lignans. A wide range of commonly consumed foods contain appreciable amounts of these different phytoestrogens. For example, soy and flax products are particularly good sources of isoflavones and lignans, respectively. Accumulating evidence from molecular and cellular biology experiments, animal studies, and, to a limited extent, human clinical trials suggests that phytoestrogens may potentially confer health benefits related to cardiovascular diseases, cancer, osteoporosis, and menopausal symptoms. These potential health benefits are consistent with the epidemiological evidence that rates of heart disease, various cancers, osteoporotic fractures, and menopausal symptoms are more favorable among populations that consume plant-based diets, particularly among cultures with diets that are traditionally high in soy products. The evidence reviewed here will facilitate the identification of what is known in this area, the gaps that exist, and the future research that holds the most potential and promise.