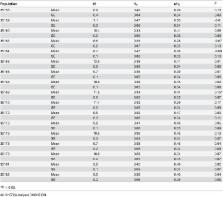 The Russian dandelion, Taraxacum kok-saghyz (TKS), is a perennial species native to Central Asia that produces high quality, natural rubber. Despite its potential to help maintain a stable worldwide rubber supply, little is known about genetic variation in this species. To facilitate future germplasm improvement efforts, we developed simple-sequence repeat (SSR) markers from available expressed-sequence tag (EST) data and used them to investigate patterns of population genetic diversity in this nascent crop species. We identified numerous SSRs (1,510 total) in 1,248 unigenes from a larger set of 6,960 unigenes (derived from 16,441 ESTs) and designed PCR primers targeting 767 of these loci. Screening of a subset of 192 of these primer pairs resulted in the identification of 48 pairs that appeared to produce single-locus polymorphisms. We then used the most reliable 17 of these primer pairs to genotype 176 individuals from 17 natural TKS populations. We observed an average of 4.8 alleles per locus with population-level expected heterozygosities ranging from 0.28 to 0.50. An average pairwise F ST of 0.11 indicated moderate but statistically significant levels of genetic differentiation, though there was no clear geographic patterning to this differentiation. We also tested these 17 primer pairs in the widespread common dandelion, T. officinale, and a majority successfully produced apparently single-locus amplicons. This result demonstrates the potential utility of these markers for genetic analyses in other species in the genus.

Hilde Nybom (2004)
A compilation was made of 307 studies using nuclear DNA markers for evaluating among- and within-population diversity in wild angiosperms and gymnosperms. Estimates derived by the dominantly inherited markers (RAPD, AFLP, ISSR) are very similar and may be directly comparable. STMS analysis yields almost three times higher values for within-population diversity whereas among-population diversity estimates are similar to those derived by the dominantly inherited markers. Number of sampled plants per population and number of scored microsatellite DNA alleles are correlated with some of the population genetics parameters. In addition, maximum geographical distance between sampled populations has a strong positive effect on among-population diversity. As previously verified with allozyme data, RAPD- and STMS-based analyses show that long-lived, outcrossing, late successional taxa retain most of their genetic variability within populations. By contrast, annual, selfing and/or early successional taxa allocate most of the genetic variability among populations. Estimates for among- and within-population diversity, respectively, were negatively correlated. The only major discrepancy between allozymes and STMS on the one hand, and RAPD on the other hand, concerns geographical range; within-population diversity was strongly affected when the former methods were used but not so in the RAPD-based studies. Direct comparisons between the different methods, when applied to the same plant material, indicate large similarities between the dominant markers and somewhat lower similarity with the STMS-based data, presumably due to insufficient number of analysed microsatellite DNA loci in many studies.

C Jongeneel,  P Bucher,  C Iseli (1998)
One of the problems associated with the large-scale analysis of unannotated, low quality EST sequences is the detection of coding regions and the correction of frameshift errors that they often contain. We introduce a new type of hidden Markov model that explicitly deals with the possibility of errors in the sequence to analyze, and incorporates a method for correcting these errors. This model was implemented in an efficient and robust program, ESTScan. We show that ESTScan can detect and extract coding regions from low-quality sequences with high selectivity and sensitivity, and is able to accurately correct frameshift errors. In the framework of genome sequencing projects, ESTScan could become a very useful tool for gene discovery, for quality control, and for the assembly of contigs representing the coding regions of genes.

This work was supported by a grant (DBI-0820451) to JMB from the National Science Foundation Plant Genome Research Program ( www.nsf.gov). The funders had no role in study design, data collection and analysis, decision to publish, or preparation of the manuscript.