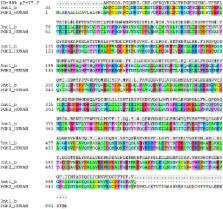 Arachidonic acid metabolism leads to the generation of key lipid mediators which play a fundamental role during inflammation. The inhibition of enzymes involved in arachidonic acid metabolism has been considered as a synergistic anti-inflammatory effect with enhanced spectrum of activity. A series of 1,3-diphenyl-2-propen-1-one derivatives were investigated for anti-inflammatory related activities involving inhibition of secretory phospholipase A 2, cyclooxygenases, soybean lipoxygenase, and lipopolysaccharides-induced secretion of interleukin-6 and tumor necrosis factor-alpha in mouse RAW264.7 macrophages. The results from the above mentioned assays exhibited that the synthesized compounds were effective inhibitors of pro-inflammatory enzymes and cytokines. The results also revealed that the chalcone derivatives with 4-methlyamino ethanol substitution seem to be significant for inhibition of enzymes and cytokines. Molecular docking experiments were carried out to elucidate the molecular aspects of the observed inhibitory activities of the investigated compounds. Present findings increase the possibility that these chalcone derivatives might serve as a beneficial starting point for the design and development of improved anti-inflammatory agents.

Pharmacological and biochemical demonstration of the role of cyclooxygenase 2 in inflammation and pain.

J Masferrer,  K Leahy,  Matthew Perkins … (1994)
Nonsteroidal antiinflammatory drugs (NSAIDs) are widely used for the treatment of inflammatory diseases, but significant side effects such as gastrointestinal erosion and renal damage limit their use. NSAIDs inhibit the enzyme cyclooxygenase (COX), which catalyzes the conversion of arachidonic acid to prostaglandins (PGs) and thromboxane. Two forms of COX have been identified--COX-1, which is constitutively expressed in most tissues and organs, and the inducible enzyme, COX-2, which has been localized primarily to inflammatory cells and tissues. In an animal model of acute inflammation (injection of carrageenan into the footpad), edema was produced that was associated with marked accumulation of COX-2 mRNA and thromboxane. A selective inhibitor of COX-2 (SC-58125) inhibited edema at the inflammatory site and was analgesic but had no effect on PG production in the stomach and did not cause gastric toxicity. These data suggest that selective inhibition of COX-2 may produce superior antiinflammatory drugs with substantial safety advantages over existing NSAIDs.

Cytokines and cytokine inhibitors or antagonists in rheumatoid arthritis.

William P Arend,  J-M Dayer (1990)
This review has summarized some of the evidence suggesting that cytokines may play an important role in mediating pathophysiologic events in RA. However, these proteins are capable of mediating both stimulatory (agonist) and inhibitory (antagonist) effects in the rheumatoid synovium. GM-CSF, IL-1, TNF alpha, and PDGF are all produced in the rheumatoid synovium and may function to induce inflammation, enzyme release, fibroblast proliferation, and tissue destruction. Local release of IL-6 may alter the effects of IL-1 and TNF alpha, as well as induce Ig production and hepatic synthesis of acute-phase proteins. However, specific inhibitors of IL-1 and TNF alpha exist, which, if also released into the synovium, may antagonize the proinflammatory effects of these cytokines. In addition, IL-1 may have antiinflammatory effects, such as the induction of the synthesis of collagen and enzyme inhibitors by chondrocytes and synovial fibroblasts. Stimulation of these latter cells by TGF beta also may result in decreased matrix degradation and increased formation of scar tissue. The developing scenario is one of cell-cell interactions that are influenced in positive and negative manners by the local release of various mediators. A further understanding of cytokines and cytokine inhibitors in the rheumatoid synovium may lead to the development of more specific and effective therapeutic agents.