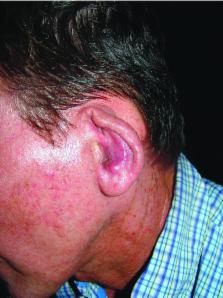 Leishmaniasis is caused by an intracellular parasite transmitted to humans by the bite of a sand fly. It is endemic in Asia, Africa, the Americas, and the Mediterranean region. Worldwide, 1.5 to 2 million new cases occur each year, 350 million are at risk of acquiring the disease, and leishmaniasis causes 70,000 deaths per year. Clinical features depend on the species of Leishmania involved and the immune response of the host. Manifestations range from the localized cutaneous to the visceral form with potentially fatal outcomes. Many drugs are used in its treatment, but the only effective treatment is achieved with current pentavalent antimonials.

Shyam Sundar, T Jha, C P Thakur … (2002)
There are 500,000 cases per year of visceral leishmaniasis, which occurs primarily in the Indian subcontinent. Almost all untreated patients die, and all the effective agents have been parenteral. Miltefosine is an oral agent that has been shown in small numbers of patients to have a favorable therapeutic index for Indian visceral leishmaniasis. We performed a clinical trial in India comparing miltefosine with the most effective standard treatment, amphotericin B. The study was a randomized, open-label comparison, in which 299 patients 12 years of age or older received orally administered miltefosine (50 or 100 mg [approximately 2.5 mg per kilogram of body weight] daily for 28 days) and 99 patients received intravenously administered amphotericin B (1 mg per kilogram every other day for a total of 15 injections). The groups were well matched in terms of age, weight, proportion with previous failure of treatment for leishmaniasis, parasitologic grade of splenic aspirate, and splenomegaly. At the end of treatment, splenic aspirates were obtained from 293 patients in the miltefosine group and 98 patients in the amphotericin B group. No parasites were identified, for an initial cure rate of 100 percent. By six months after the completion of treatment, 282 of the 299 patients in the miltefosine group (94 percent [95 percent confidence interval, 91 to 97]) and 96 of the 99 patients in the amphotericin B group (97 percent) had not had a relapse; these patients were classified as cured. Vomiting and diarrhea, generally lasting one to two days, occurred in 38 percent and 20 percent of the patients in the miltefosine group, respectively. Oral miltefosine is an effective and safe treatment for Indian visceral leishmaniasis. Miltefosine may be particularly advantageous because it can be administered orally. It may also be helpful in regions where parasites are resistant to current agents. Copyright 2002 Massachusetts Medical Society

S. Marsden (1985)
One of the more serious clinical forms of leishmaniasis occurs in espundia when the mucosae of the upper respiratory passages are inflamed. This complication is a metastasis from a skin lesion caused by Leishmania braziliensis braziliensis (Lbb) although cases have been described associated with other leishmanial species. Epidemiological data suggest that a detectable mucosal metastasis occurs in fewer than 5% of patients infected with Lbb in our study area. The determinants of this complication are still largely obscure. The granuloma usually commences on the nasal septum. In about two-thirds of our patients the lesion remained restricted to the nose. In the rest the pharynx, palate, larynx and lips were involved, in this order. It is often difficult to isolate the parasite and for routine diagnosis the leishmanin skin reaction and serological tests are helpful. Although a serious condition, with possible mutilation and even death as subsequent complications, treatment is still mainly with pentavalent antimonials, introduced 40 years ago. These are most unsatisfactory for field use, being given parenterally and relatively toxic. In mucosal leishmaniasis, if sufficient antimony can be administered in a regular daily dose, the relapse rate is small (3 of 42 patients followed for a mean of 5 years). Also, antimony treatment of the initial skin ulcer due to Lbb followed for a mean of 4 years of 83 patients resulted in subsequent mucosal metastasis in only 2. Since espundia is relatively rare, specific treatment targeted to this specific problem is the efficient short term solution. At present there is no satisfactory alternative drug to those in current use.

A Oryan, M Akbari (2016)
Recently, vector-borne parasitic diseases such as leishmaniasis have been emerged or re-emerged in many geographical areas and resulted in global health and economic concerns that involve humans, domestic animals and wild life. The ecology and epidemiology of leishmaniasis are affected by the between host, reservoir and vector (human, animal and sandfly) and the environment. Important drivers for the emergence and spread of leishmaniasis include environmental factors such as alterations in temperature and water storage, irrigation habits, deforestation, climate changes, immunosuppression by HIV or organ transplant, development of drug resistance, increase traveling to endemic regions and dog importation. War, poor socio-economic status and low level household are also major contributors to the spread of this disease. Health education via the public media and training should be implemented by international organizations and governmental agencies in collaboration with research institutions. Fully protection during transmission season, using bednets and insecticides and reservoirs' control should be also mentioned in the planning. Based on the findings of the recent studies and high prevalence of leishmaniasis, it is concluded that serious public health monitoring should be considered.

The author(s) declared that no grants were involved in supporting this work.