A Research Agenda for Malaria Eradication: Diagnoses and Diagnostics 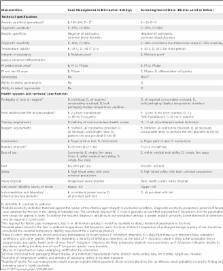 Author(s): The malERA Consultative Group on Diagnoses and Diagnostics *

The Malaria Eradication Research Agenda (malERA) Consultative Group on Diagnoses and Diagnostics outline a research and development agenda to provide the diagnosis and diagnostic tools required for malaria eradication.

Many of malaria's signs and symptoms are indistinguishable from those of other febrile diseases. Detection of the presence of Plasmodium parasites is essential, therefore, to guide case management. Improved diagnostic tools are required to enable targeted treatment of infected individuals. In addition, field-ready diagnostic tools for mass screening and surveillance that can detect asymptomatic infections of very low parasite densities are needed to monitor transmission reduction and ensure elimination. Antibody-based tests for infection and novel methods based on biomarkers need further development and validation, as do methods for the detection and treatment of Plasmodium vivax. Current rapid diagnostic tests targeting P. vivax are generally less effective than those targeting Plasmodium falciparum. Moreover, because current drugs for radical cure may cause serious side effects in patients with glucose-6-phosphate dehydrogenase (G6PD) deficiency, more information is needed on the distribution of G6PD-deficiency variants as well as tests to identify at-risk individuals. Finally, in an environment of very low or absent malaria transmission, sustaining interest in elimination and maintaining resources will become increasingly important. Thus, research is required into the context in which malaria diagnostic tests are used, into diagnostics for other febrile diseases, and into the integration of these tests into health systems.

Overdiagnosis of malaria in patients with severe febrile illness in Tanzania: a prospective study.

Hugh Reyburn,  Redepmta Mbatia,  Chris Drakeley … (2004)
To study the diagnosis and outcomes in people admitted to hospital with a diagnosis of severe malaria in areas with differing intensities of malaria transmission. Prospective observational study of children and adults over the course a year. 10 hospitals in north east Tanzania. 17,313 patients were admitted to hospital; of these 4474 (2851 children aged under 5 years) fulfilled criteria for severe disease. Details of the treatment given and outcome. Altitudes of residence (a proxy for transmission intensity) measured with a global positioning system. Blood film microscopy showed that 2062 (46.1%) of people treated for malaria had Plasmodium falciparum (slide positive). The proportion of slide positive cases fell with increasing age and increasing altitude of residence. Among 1086 patients aged > or = 5 years who lived above 600 metres, only 338 (31.1%) were slide positive, while in children < 5 years living in areas of intense transmission (< 600 metres) most (958/1392, 68.8%) were slide positive. Among 2375 people who were slide negative, 1571 (66.1%) were not treated with antibiotics and of those, 120 (7.6%) died. The case fatality in slide negative patients was higher (292/2412, 12.1%) than for slide positive patients (142/2062, 6.9%) (P < 0.001). Respiratory distress and altered consciousness were the strongest predictors of mortality in slide positive and slide negative patients and in adults as well as children. In Tanzania, malaria is commonly overdiagnosed in people presenting with severe febrile illness, especially in those living in areas with low to moderate transmission and in adults. This is associated with a failure to treat alternative causes of severe infection. Diagnosis needs to be improved and syndromic treatment considered. Routine hospital data may overestimate mortality from malaria by over twofold.

Changes in the burden of malaria in sub-Saharan Africa.

Brian Greenwood,  Wendy Prudhomme O'Meara,  Rick Steketee … (2010)
The burden of malaria in countries in sub-Saharan Africa has declined with scaling up of prevention, diagnosis, and treatment. To assess the contribution of specific malaria interventions and other general factors in bringing about these changes, we reviewed studies that have reported recent changes in the incidence or prevalence of malaria in sub-Saharan Africa. Malaria control in southern Africa (South Africa, Mozambique, and Swaziland) began in the 1980s and has shown substantial, lasting declines linked to scale-up of specific interventions. In The Horn of Africa, Ethiopia and Eritrea have also experienced substantial decreases in the burden of malaria linked to the introduction of malaria control measures. Substantial increases in funding for malaria control and the procurement and distribution of effective means for prevention and treatment are associated with falls in malaria burden. In central Africa, little progress has been documented, possibly because of publication bias. In some countries a decline in malaria incidence began several years before scale-up of malaria control. In other countries, the change from a failing drug (chloroquine) to a more effective drug (sulphadoxine plus pyrimethamine or an artemisinin combination) led to immediate improvements; in others malaria reduction seemed to be associated with the scale-up of insecticide-treated bednets and indoor residual spraying. 2010 Elsevier Ltd. All rights reserved.

A large proportion of asymptomatic Plasmodium infections with low and sub-microscopic parasite densities in the low transmission setting of Temotu Province, Solomon Islands: challenges for malaria diagnostics in an elimination setting

Ivor Harris,  Wesley W Sharrock,  Lisa M Bain … (2010)
Background Many countries are scaling up malaria interventions towards elimination. This transition changes demands on malaria diagnostics from diagnosing ill patients to detecting parasites in all carriers including asymptomatic infections and infections with low parasite densities. Detection methods suitable to local malaria epidemiology must be selected prior to transitioning a malaria control programme to elimination. A baseline malaria survey conducted in Temotu Province, Solomon Islands in late 2008, as the first step in a provincial malaria elimination programme, provided malaria epidemiology data and an opportunity to assess how well different diagnostic methods performed in this setting. Methods During the survey, 9,491 blood samples were collected and examined by microscopy for Plasmodium species and density, with a subset also examined by polymerase chain reaction (PCR) and rapid diagnostic tests (RDTs). The performances of these diagnostic methods were compared. Results A total of 256 samples were positive by microscopy, giving a point prevalence of 2.7%. The species distribution was 17.5% Plasmodium falciparum and 82.4% Plasmodium vivax. In this low transmission setting, only 17.8% of the P. falciparum and 2.9% of P. vivax infected subjects were febrile (≥38°C) at the time of the survey. A significant proportion of infections detected by microscopy, 40% and 65.6% for P. falciparum and P. vivax respectively, had parasite density below 100/μL. There was an age correlation for the proportion of parasite density below 100/μL for P. vivax infections, but not for P. falciparum infections. PCR detected substantially more infections than microscopy (point prevalence of 8.71%), indicating a large number of subjects had sub-microscopic parasitemia. The concordance between PCR and microscopy in detecting single species was greater for P. vivax (135/162) compared to P. falciparum (36/118). The malaria RDT detected the 12 microscopy and PCR positive P. falciparum, but failed to detect 12/13 microscopy and PCR positive P. vivax infections. Conclusion Asymptomatic malaria infections and infections with low and sub-microscopic parasite densities are highly prevalent in Temotu province where malaria transmission is low. This presents a challenge for elimination since the large proportion of the parasite reservoir will not be detected by standard active and passive case detection. Therefore effective mass screening and treatment campaigns will most likely need more sensitive assays such as a field deployable molecular based assay.

¶ Full listing of the membership of the malERA Consultative Group on Diagnoses and Diagnostics can be found in the Acknowledgments.

Review articles synthesize in narrative form the best available evidence on a topic.

Publisher ID: 10-PLME-ES-5704R1
DOI: 10.1371/journal.pmed.1000396
PMC ID: 3026696
PubMed ID: 21311583
Copyright statement: The malERA Consultative Group on Diagnoses and Diagnostics. This is an open-access article distributed under the terms of the Creative Commons Attribution License, which permits unrestricted use, distribution, and reproduction in any medium, provided the original author and source are credited.