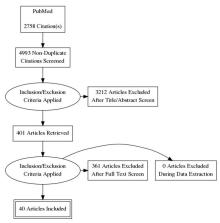 Ecological momentary assessment (EMA) and ecological momentary intervention (EMI) are alternative approaches to retrospective self-reports and face-to-face treatments, and they make it possible to repeatedly assess patients in naturalistic settings and extend psychological support into real life. The increase in smartphone applications and the availability of low-cost wearable biosensors have further improved the potential of EMA and EMI, which, however, have not yet been applied in clinical practice. Here, we conducted a systematic review, using the Preferred Reporting Items for Systematic Reviews and Meta-Analyses (PRISMA) guidelines, to explore the state of the art of technology-based EMA and EMI for major depressive disorder (MDD). A total of 33 articles were included (EMA = 26; EMI = 7). First, we provide a detailed analysis of the included studies from technical (sampling methods, duration, prompts), clinical (fields of application, adherence rates, dropouts, intervention effectiveness), and technological (adopted devices) perspectives. Then, we identify the advantages of using information and communications technologies (ICTs) to extend the potential of these approaches to the understanding, assessment, and intervention in depression. Furthermore, we point out the relevant issues that still need to be addressed within this field, and we discuss how EMA and EMI could benefit from the use of sensors and biosensors, along with recent advances in machine learning for affective modelling.

Jutta Joormann,  Ian Gotlib (2009)
Cognitive theories of depression posit that people's thoughts, inferences, attitudes, and interpretations, and the way in which they attend to and recall information, can increase their risk for depression. Three mechanisms have been implicated in the relation between biased cognitive processing and the dysregulation of emotion in depression: inhibitory processes and deficits in working memory, ruminative responses to negative mood states and negative life events, and the inability to use positive and rewarding stimuli to regulate negative mood. In this review, we present a contemporary characterization of depressive cognition and discuss how different cognitive processes are related not only to each other, but also to emotion dysregulation, the hallmark feature of depression. We conclude that depression is characterized by increased elaboration of negative information, by difficulties disengaging from negative material, and by deficits in cognitive control when processing negative information. We discuss treatment implications of these conclusions and argue that the study of cognitive aspects of depression must be broadened by investigating neural and genetic factors that are related to cognitive dysfunction in this disorder. Such integrative investigations should help us gain a more comprehensive understanding of how cognitive and biological factors interact to affect the onset, maintenance, and course of depression.

Harnessing Context Sensing to Develop a Mobile Intervention for Depression

Sumit Majumder,  Tapas Mondal,  M. Deen (2017)
Life expectancy in most countries has been increasing continually over the several few decades thanks to significant improvements in medicine, public health, as well as personal and environmental hygiene. However, increased life expectancy combined with falling birth rates are expected to engender a large aging demographic in the near future that would impose significant  burdens on the socio-economic structure of these countries. Therefore, it is essential to develop cost-effective, easy-to-use systems for the sake of elderly healthcare and well-being. Remote health monitoring, based on non-invasive and wearable sensors, actuators and modern communication and information technologies offers an efficient and cost-effective solution that allows the elderly to continue to live in their comfortable home environment instead of expensive healthcare facilities. These systems will also allow healthcare personnel to monitor important physiological signs of their patients in real time, assess health conditions and provide feedback from distant facilities. In this paper, we have presented and compared several low-cost and non-invasive health and activity monitoring systems that were reported in recent years. A survey on textile-based sensors that can potentially be used in wearable systems is also presented. Finally, compatibility of several communication technologies as well as future perspectives and research challenges in remote monitoring systems will be discussed.