Rational, yet simple, design and synthesis of an antifreeze-protein inspired polymer for cellular cryopreservation† 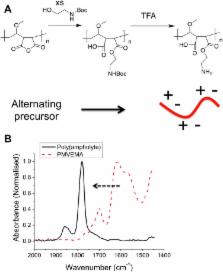 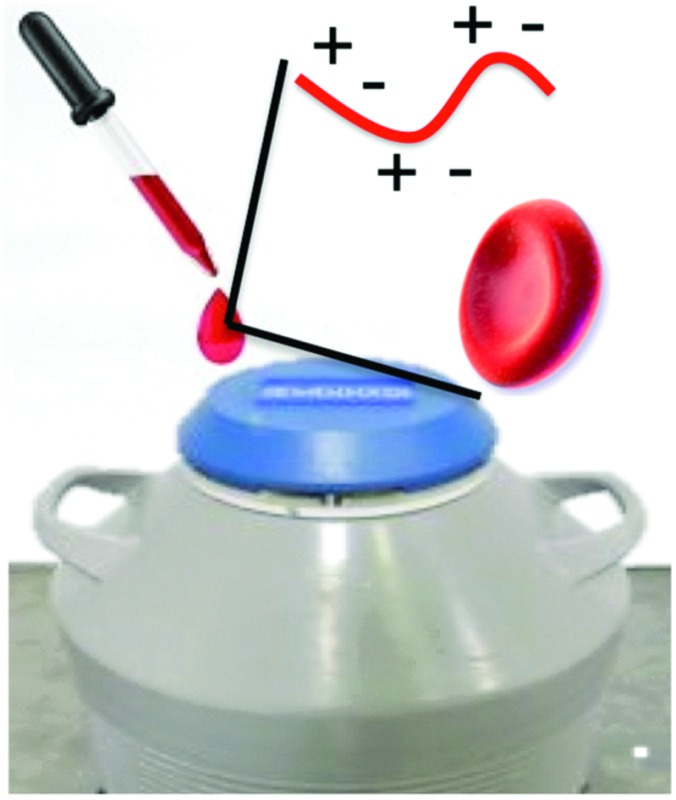 A structurally simple synthetic polymer based on alternating charged side chains is designed and synthesised to mimic antifreeze proteins. The polymer is found to enhance the cryopreservation of red blood cells.

Antifreeze (glyco) proteins AF(G)Ps are potent ice recrystallization inhibitors, which is a desirable property to enhance cryopreservation of donor tissue/cells. Here we present the rational synthesis of a new, biomimetic, ice-recrystallization inhibiting polymer derived from a cheap commodity polymer, based on an ampholyte structure. The polymer is used to enhance the cryopreservation of red blood cells, demonstrating a macromolecular solution to tissue storage.

I-Jin Lin,  Bin Xia,  David King … (2009)
Stable isotope-labeling methods, coupled with novel techniques for detecting fast-relaxing NMR signals, now permit detailed investigations of paramagnetic centers of metalloproteins. We have utilized these advances to carry out comprehensive assignments of the hyperfine-shifted 13C and 15N signals of the rubredoxin from Clostridium pasteurianum (CpRd) in both its oxidized and reduced states. We used residue-specific labeling (by chemical synthesis) and residue-type-selective labeling (by biosynthesis) to assign signals detected by one-dimensional 15N NMR spectroscopy, to nitrogen atoms near the iron center. We refined and extended these 15N assignments to the adjacent carbonyl carbons by means of one-dimensional 13C[15N] decoupling difference experiments. We collected paramagnetic-optimized SuperWEFT 13C[13C] constant time COSY (SW-CT-COSY) data to complete the assignment of 13C signals of reduced CpRd. By following these 13C signals as the protein was gradually oxidized, we transferred these assignments to carbons in the oxidized state. We have compared these assignments with hyperfine chemical shifts calculated from available X-ray structures of CpRd in its oxidized and reduced forms. The results allow the evaluation of the X-ray structural models as representative of the solution structure of the protein, and they provide a framework for future investigation of the active site of this protein. The methods developed here should be applicable to other proteins that contain a paramagnetic center with high spin and slow electron exchange.

Robert Deller,  Manu Vatish,  Daniel A Mitchell … (2014)
The cryopreservation of cells, tissue and organs is fundamental to modern biotechnology, transplantation medicine and chemical biology. The current state-of-the-art method of cryopreservation is the addition of large amounts of organic solvents such as glycerol or dimethyl sulfoxide, to promote vitrification and prevent ice formation. Here we employ a synthetic, biomimetic, polymer, which is capable of slowing the growth of ice crystals in a manner similar to antifreeze (glyco)proteins to enhance the cryopreservation of sheep and human red blood cells. We find that only 0.1 wt% of the polymer is required to attain significant cell recovery post freezing, compared with over 20 wt% required for solvent-based strategies. These results demonstrate that synthetic antifreeze (glyco)protein mimics could have a crucial role in modern regenerative medicine to improve the storage and distribution of biological material for transplantation.