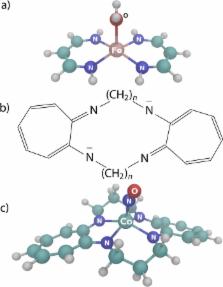 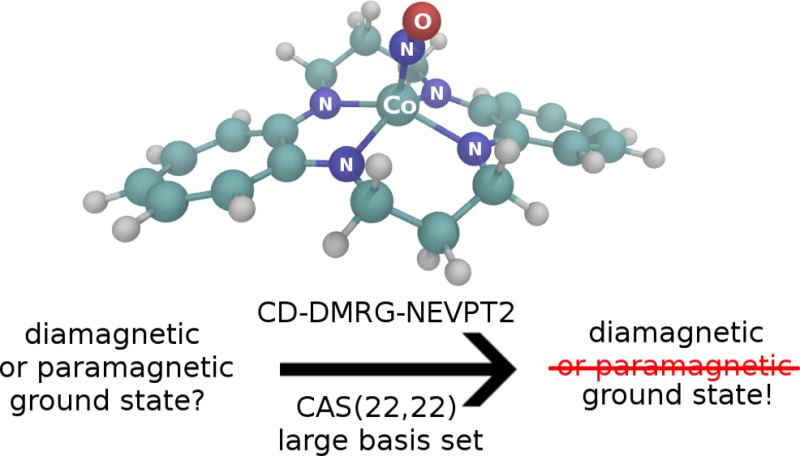 We present a second-order N-electron valence state perturbation theory (NEVPT2) based on a density matrix renormalization group (DMRG) reference wave function that exploits a Cholesky decomposition of the two-electron repulsion integrals (CD-DMRG-NEVPT2). With a parameter-free multireference perturbation theory approach at hand, the latter allows us to efficiently describe static and dynamic correlation in large molecular systems. We demonstrate the applicability of CD-DMRG-NEVPT2 for spin-state energetics of spin-crossover complexes involving calculations with more than 1000 atomic basis functions. We first assess, in a study of a heme model, the accuracy of the strongly and partially contracted variant of CD-DMRG-NEVPT2 before embarking on resolving a controversy about the spin ground state of a cobalt tropocoronand complex.

Ulrich Schollwoeck (2010)
The density-matrix renormalization group method (DMRG) has established itself over the last decade as the leading method for the simulation of the statics and dynamics of one-dimensional strongly correlated quantum lattice systems. In the further development of the method, the realization that DMRG operates on a highly interesting class of quantum states, so-called matrix product states (MPS), has allowed a much deeper understanding of the inner structure of the DMRG method, its further potential and its limitations. In this paper, I want to give a detailed exposition of current DMRG thinking in the MPS language in order to make the advisable implementation of the family of DMRG algorithms in exclusively MPS terms transparent. I then move on to discuss some directions of potentially fruitful further algorithmic development: while DMRG is a very mature method by now, I still see potential for further improvements, as exemplified by a number of recently introduced algorithms.