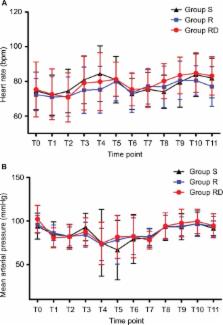 The purpose of this study was to assess the efficacy of perineural dexamethasone with ropivacaine in multimodal analgesia for thoracic paravertebral block (TPVB) in patients undergoing elective thoracotomy.

Perineural dexamethasone with ropivacaine for TPVB improves postoperative analgesia quality, reduces recovery time, and may decrease the incidence of chronic pain after thoracotomy with an opioid-based anesthetic regimen.

Jeffrey Kroin,  Asokumar Buvanendran (2009)
Multimodal analgesia is needed for acute postoperative pain management due to adverse effects of opioid analgesics, which can impede recovery; a problem that is of increasing concern with the rapid increase in the number of ambulatory surgeries. Yet, the literature on multimodal analgesia often shows variable degrees of success, even with studies utilizing the same adjuvant medication. Nonsteroidal anti-inflammatory drugs and selective cyclooxygenase-2 inhibitors consistently reduce postoperative opioid consumption. The N-methyl-D-aspartate antagonists have produced variable results in studies, which may be due to the dose and timing of drug administration. Alpha-2 adrenergic agonists have been useful as adjuvant for regional analgesia but not when administered orally. The alpha-2-delta receptor modulators such as gabapentin have shown early promising results in multimodal analgesia. Local anesthetic injection at the surgical site, though not as a preemptive analgesic, has recently been demonstrated to be beneficial in multimodal analgesia. No new adjuvants have appeared in the last year, which robustly reduce opioid consumption and opioid-related adverse effects. There is a continuing need to explore new drug combinations to achieve all of the purported goals of multimodal anesthesia.

Gunnlaugur Nielsen,  Helena N Mjöbo,  Mads Werner … (2010)
Quantitative testing of a patient's basal pain perception before surgery has the potential to be of clinical value if it can accurately predict the magnitude of pain and requirement of analgesics after surgery. This review includes 14 studies that have investigated the correlation between preoperative responses to experimental pain stimuli and clinical postoperative pain and demonstrates that the preoperative pain tests may predict 4-54% of the variance in postoperative pain experience depending on the stimulation methods and the test paradigm used. The predictive strength is much higher than previously reported for single factor analyses of demographics and psychologic factors. In addition, some of these studies indicate that an increase in preoperative pain sensitivity is associated with a high probability of development of sustained postsurgical pain.

These authors equally contributed to this work