Effects of Acupressure on Fatigue and Depression in Hepatocellular Carcinoma Patients Treated with Transcatheter Arterial Chemoembolization: A Quasi-Experimental Study 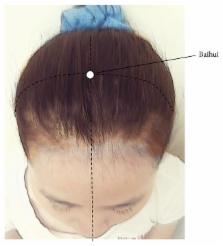 David Spiegel,  Janine Giese-Davis (2003)
Depression and cancer commonly co-occur. The prevalence of depression among cancer patients increases with disease severity and symptoms such as pain and fatigue. The literature on depression as a predictor of cancer incidence is mixed, although chronic and severe depression may be associated with elevated cancer risk. There is divided but stronger evidence that depression predicts cancer progression and mortality, although disentangling the deleterious effects of disease progression on mood complicates this research, as does the fact that some symptoms of cancer and its treatment mimic depression. There is evidence that providing psychosocial support reduces depression, anxiety, and pain, and may increase survival time with cancer, although studies in this latter area are also divided. Psychophysiological mechanisms linking depression and cancer progression include dysregulation of the hypothalamic-pituitary-adrenal axis, especially diurnal variation in cortisol and melatonin. Depression also affects components of immune function that may affect cancer surveillance. Thus, there is evidence of a bidirectional relationship between cancer and depression, offering new opportunities for therapeutic intervention.

The prevalence of psychiatric disorders among cancer patients.

Meredith Morrow,  P Henrichs,  Gregory Schmale … (1983)
Two hundred fifteen randomly accessed cancer patients who were new admissions to three collaborating cancer centers were examined for the presence of formal psychiatric disorder. Each patient was assessed in a common protocol via a psychiatric interview and standardized psychological tests. The American Psychiatric Association's DSM-III diagnostic system was used in making the diagnoses. Results indicated that 47% of the patients received a DSM-III diagnosis, with 44% being diagnosed as manifesting a clinical syndrome and 3% with personality disorders. Approximately 68% of the psychiatric diagnoses consisted of adjustment disorders, with 13% representing major affective disorders (depression). The remaining diagnoses were split among organic mental disorders (8%), personality disorders (7%), and anxiety disorders (4%). Approximately 85% of those patients with a positive psychiatric condition were experiencing a disorder with depression or anxiety as the central symptom. The large majority of conditions were judged to represent highly treatable disorders.