Disaster nephrology: a new concept for an old problem 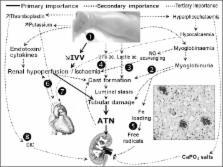 Natural and man-made mass disasters directly or indirectly affect huge populations, who need basic infrastructural help and support to survive. However, despite the potentially negative impact on survival chances, these health care issues are often neglected by the authorities.

Treatment of both acute and chronic kidney diseases (CKDs) is especially problematic after disasters, because they almost always require complex technology and equipment, whereas specific drugs may be difficult to acquire for the treatment of the chronic kidney patients. Since many crush victims in spite of being rescued alive from under the rubble die afterward due to lack of dialysis possibilities, the terminology of ‘renal disaster’ was introduced after the Armenian earthquake. It should be remembered that apart from crush syndrome, multiple aetiologies of acute kidney injury (AKI) may be at play in disaster circumstances.

The term ‘seismonephrology’ (or earthquake nephrology) was introduced to describe the need to treat not only a large number of AKI cases, but the management of patients with CKD not yet on renal replacement, as well as of patients on haemodialysis or peritoneal dialysis and transplanted patients. This wording was later replaced by ‘disaster nephrology’, because besides earthquakes, many other disasters such as hurricanes, tsunamis or wars may have a negative impact on the ultimate outcome of kidney patients.

Disaster nephrology describes the handling of the many medical and logistic problems in treating kidney patients in difficult circumstances and also to avoid post-disaster chaos, which can be made possible by preparing medical and logistic scenarios. Learning and applying the basic principles of disaster nephrology is vital to minimize the risk of death both in AKI and CKD patients.

The spectrum of rhabdomyolysis.