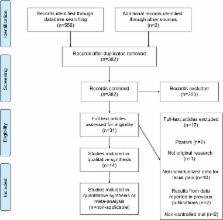 Transcranial magnetic stimulation (TMS) and transcranial direct current stimulation (tDCS) are non-invasive brain stimulation techniques that are being explored as therapeutic alternatives for the management of various chronic pain conditions.

The primary objective of this systematic review is to assess the efficacy of TMS and tDCS in reducing clinical pain intensity in chronic orofacial pain (OFP) disorders. The secondary objectives are to describe adverse effects, duration of relief, and TMS/tDCS methodologies used in chronic OFP disorders.

Michael Nitsche,  Walter Paulus (2000)
In this paper we demonstrate in the intact human the possibility of a non-invasive modulation of motor cortex excitability by the application of weak direct current through the scalp. Excitability changes of up to 40 %, revealed by transcranial magnetic stimulation, were accomplished and lasted for several minutes after the end of current stimulation. Excitation could be achieved selectively by anodal stimulation, and inhibition by cathodal stimulation. By varying the current intensity and duration, the strength and duration of the after-effects could be controlled. The effects were probably induced by modification of membrane polarisation. Functional alterations related to post-tetanic potentiation, short-term potentiation and processes similar to postexcitatory central inhibition are the likely candidates for the excitability changes after the end of stimulation. Transcranial electrical stimulation using weak current may thus be a promising tool to modulate cerebral excitability in a non-invasive, painless, reversible, selective and focal way.

F Kamel,  A. Ahmed,  Ayman Khedr … (2005)
A single session of repetitive transcranial magnetic stimulation (rTMS) over motor cortex had been reported to produce short term relief of some types of chronic pain. The present study investigated whether five consecutive days of rTMS would lead to longer lasting pain relief in unilateral chronic intractable neuropathic pain. Forty eight patients with therapy resistant chronic unilateral pain syndromes (24 each with trigeminal neuralgia (TGN) and post-stroke pain syndrome (PSP)) participated. Fourteen from each group received 10 minutes real rTMS over the hand area of motor cortex (20 Hz, 10x10 s trains, intensity 80% of motor threshold) every day for five consecutive days. The remaining patients received sham stimulation. Pain was assessed using a visual analogue scale (VAS) and the Leeds assessment of neuropathic symptoms and signs (LANSS) scale, before, after the first, fourth, and fifth sessions, and two weeks after the last session. No significant differences were found in basal pain ratings between patients receiving real- and sham-rTMS. However, a two factor ANOVA revealed a significant "+/- TMS" x "time" interaction indicating that real and sham rTMS had different effects on the VAS and LANSS scales. Post hoc testing showed that in both groups of patients, real-rTMS led to a greater improvement in scales than sham-rTMS, evident even two weeks after the end of the treatment. No patient experienced adverse effects. These results confirm that five daily sessions of rTMS over motor cortex can produce longlasting pain relief in patients with TGN or PSP.