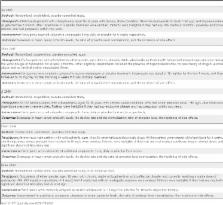 To compare the safety and efficacy of adjunctive aripiprazole versus placebo for antipsychotic-induced hyperprolactinemia.

Terence E. Ryan,  Frank Yocca,  Tetsuro Kikuchi … (2002)
Aripiprazole is the first next-generation atypical antipsychotic with a mechanism of action that differs from currently marketed typical and atypical antipsychotics. Aripiprazole displays properties of an agonist and antagonist in animal models of dopaminergic hypoactivity and hyperactivity, respectively. This study examined the interactions of aripiprazole with a single population of human D2 receptors to clarify further its pharmacologic properties. In membranes prepared from Chinese hamster ovary cells that express recombinant D2L receptors, aripiprazole bound with high affinity to both the G protein-coupled and uncoupled states of receptors. Aripiprazole potently activated D2 receptor-mediated inhibition of cAMP accumulation. Partial receptor inactivation using the alkylating agent N-ethoxycarbonyl-2-ethoxy-1,2-dihydroquinoline (EEDQ) significantly reduced the maximum effect of aripiprazole on inhibition of cAMP accumulation. This effect was seen with concentrations of EEDQ that did not alter the maximal inhibitory effect of dopamine. Consistent with the expected effects of a partial agonist, increasing concentrations of aripiprazole blocked the action of dopamine with maximal blockade equal to the agonist effect of aripiprazole alone. The efficacy of aripiprazole relative to that of dopamine varied from 25% in cells that lacked spare receptors for dopamine to 90% in cells with receptor reserve. These results, together with previous studies demonstrating partial agonist activity at serotonin 5-hydroxytryptamine (5-HT)1A receptors and antagonist activity at 5-HT2A receptors, support the identification of aripiprazole as a dopamine-serotonin system stabilizer. The receptor activity profile may underlie the unique activity of aripiprazole in animals and its antipsychotic activity in humans.

Risperidone in the treatment of schizophrenia.

Angelika Wieck,  Peter M Haddad (2003)
Hyperprolactinaemia is an important but neglected adverse effect of antipsychotic medication. It occurs frequently with conventional antipsychotics and some atypical antipsychotics (risperidone and amisulpride) but is rare with other atypical antipsychotics (aripiprazole, clozapine, olanzapine, quetiapine, ziprasidone). For this reason the terms 'prolactin-sparing' and 'prolactin-raising' are more useful than 'atypical' and 'conventional' when considering the effect of antipsychotic drugs on serum prolactin. During antipsychotic treatment prolactin levels can rise 10-fold or more above pretreatment values. In a recent study approximately 60% of women and 40% of men treated with a prolactin-raising antipsychotic had a prolactin level above the upper limit of the normal range. The distinction between asymptomatic and symptomatic hyperprolactinaemia is important but is often not made in the literature. Some symptoms of hyperprolactinaemia result from a direct effect of prolactin on target tissues but others result from hypogonadism caused by prolactin disrupting the normal functioning of the hypothalamic-pituitary-gonadal axis. Symptoms of hyperprolactinaemia include gynaecomastia, galactorrhoea, sexual dysfunction, infertility, oligomenorrhoea and amenorrhoea. These symptoms are little researched in psychiatric patients. Existing data suggest that they are common but that clinicians underestimate their prevalence. For example, well conducted studies of women treated with conventional antipsychotics have reported prevalence rates of approximately 45% for oligomenorrhoea/amenorrhoea and 19% for galactorrhoea. An illness-related under-function of the hypothalamic-pituitary-gonadal axis in female patients with schizophrenia may also contribute to menstrual irregularities. Long-term consequences of antipsychotic-related hypogonadism require further research but are likely and include premature bone loss in men and women. There are conflicting data on whether hyperprolactinaemia is associated with an increased risk of breast cancer in women. In patients prescribed antipsychotics who have biochemically confirmed hyperprolactinaemia it is important to exclude other causes of prolactin elevation, in particular tumours in the hypothalamic-pituitary area. If a patient has been amenorrhoeic for 1 year or more, investigations should include bone mineral density measurements. Management should be tailored to the individual patient. Options include reducing the dose of the antipsychotic, switching to a prolactin-sparing agent, prescribing a dopamine receptor agonist and prescribing estrogen replacement in hypoestrogenic female patients. The efficacy and risks of the last two treatment options have not been systematically examined. Antipsychotic-induced hyperprolactinaemia should become a focus of interest in the drug treatment of psychiatric patients, particularly given the recent introduction of prolactin-sparing antipsychotics. Appropriate investigations and effective management should reduce the burden of adverse effects and prevent long-term consequences. Copyright 2004 Adis Data Information BV

The study was supported by the National Natural Science Foundation of China (81071083). This study was also funded by the Beijing Science and Technology Commission (D101107047810001 ). The funders had no role in study design, data collection and analysis, decision to publish, or preparation of the manuscript.