Social modulation of the daily activity rhythm in a solitary subterranean rodent, the tuco-tuco ( Ctenomys sp) ☆ 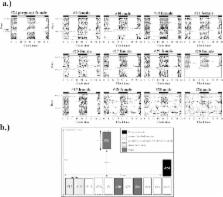 South American subterranean rodents are mainly described as solitary and mutual synchronization was never observed among individuals maintained together in laboratory. We report that a single birth event was capable of disrupting the robust nocturnal activity rhythm of singly housed tuco-tucos from north-west Argentina. “Around-the-clock activity” was displayed by 8 out of 13 animals whose cages were closer to the newborn pups. However, experimental exposure to a pup vocalization did not produce a similar effect on the rhythms of adult animals. Our results indicate an effect of social interaction in the expression of biological rhythms even in solitary animals.

R Mistlberger,  Debra J. Skene (2004)
While light is considered the dominant stimulus for entraining (synchronizing) mammalian circadian rhythms to local environmental time, social stimuli are also widely cited as 'zeitgebers' (time-cues). This review critically assesses the evidence for social influences on mammalian circadian rhythms, and possible mechanisms of action. Social stimuli may affect circadian behavioural programmes by regulating the phase and period of circadian clocks (i.e. a zeitgeber action, either direct or by conditioning to photic zeitgebers), by influencing daily patterns of light exposure or modulating light input to the clock, or by associative learning processes that utilize circadian time as a discriminative or conditioned stimulus. There is good evidence that social stimuli can act as zeitgebers. In several species maternal signals are the primary zeitgeber in utero and prior to weaning. Adults of some species can also be phase shifted or entrained by single or periodic social interactions, but these effects are often weak, and appear to be mediated by social stimulation of arousal. There is no strong evidence yet for sensory-specific nonphotic inputs to the clock. The circadian phase-dependence of clock resetting to social stimuli or arousal (the 'nonphotic' phase response curve, PRC), where known, is distinct from that to light and similar in diurnal and nocturnal animals. There is some evidence that induction of arousal can modulate light input to the clock, but no studies yet of whether social stimuli can shift the clock by conditioning to photic cues, or be incorporated into the circadian programme by associative learning. In humans, social zeitgebers appear weak by comparison with light. In temporal isolation or under weak light-dark cycles, humans may ignore social cues and free-run independently, although cases of mutual synchrony among two or more group-housed individuals have been reported. Social cues may affect circadian timing by controlling sleep-wake states, but the phase of entrainment observed to fixed sleep-wake schedules in dim light is consistent with photic mediation (scheduled variations in behavioural state necessarily create daily light-dark cycles unless subjects are housed in constant dark or have no eyes). By contrast, discrete exercise sessions can induce phase shifts consistent with the nonphotic PRC observed in animal studies. The best evidence for social entrainment in humans is from a few totally blind subjects who synchronize to the 24 h day, or to near-24 h sleep-wake schedules under laboratory conditions. However, the critical entraining stimuli have not yet been identified, and there are no reported cases yet of social entrainment in bilaterally enucleated blind subjects. The role of social zeitgebers in mammalian behavioural ecology, their mechanisms of action, and their utility for manipulating circadian rhythms in humans, remains to be more fully elaborated.

Short-term rhythms in foraging behaviour of the common vole,Microtus arvalis

Entrainment of circadian rhythms by sound in Passer domesticus.

N. Eskin,  M Menaker (1966)
The circadian locomotor rhythm of house sparrows was entrained by a sound stimulus. The birds were maintained at a constant temperature in, dim green light. The entraining agent was 4 (1/2) 12 hours of tape-recorded bird song ,played each day. Variations in the response to this stimulus have been correlated with individual variations in free-running period. This is the first clear demonstration that a biological clock can be influenced by sound stimuli.